The European parliament has chastised Vietnam over a government crackdown on activists and called on EU member states to condemn the campaign ahead of a major ruling Communist Party congress.

EU lawmakers voted 592 to 32 with 58 abstentions on Thursday in favour of a resolution calling for a tougher stance against the Vietnamese government and highlighting the link between human rights and the trade deal the bloc has with Vietnam.

In a media release, the European Parliament said lawmakers were “appalled by and condemn the intensifying crackdown on dissent and the increasing violations of human rights in Vietnam”.

“Respect for human rights constitutes a key foundation of the bilateral relations between Vietnam and the EU and is an essential element of the EU-Vietnam Free Trade Agreement, ” it said.

Vietnam’s foreign ministry said that the European parliament resolution was not objective and that no one in Vietnam had been arrested in violation of their human rights or right to free speech under the constitution.

The Communist Party of Vietnam is due to hold its 13th National Congress tomorrow, a major political meeting to set out policy objectives for the next five years and select a new leadership. — Reuters 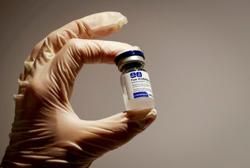