China’s trade with US failed to meet phase-one deal targets last year, and 2021 is not expected to yield more success

BEIJING, Jan 24 (SMO): China fell well short of meeting the lofty purchasing targets of its phase-one trade deal with the United States in 2020, with analysts sceptical as to whether it will get any closer in the second year of the agreement.

In the first year of the deal, China fulfilled only 58 per cent of those targets, according to an analysis of Chinese customs data by the Peterson Institute of International Economics.

As part of the deal, signed on January 15, 2020, by former US president Donald Trump and Chinese Vice-Premier Liu He, Beijing committed to buy, over two years, at least US$200 billion more worth of American goods and services, compared with China’s purchasing total in 2017. Those purchases were to comprise agricultural and energy commodities, manufactured goods, and services.

But the year was plagued by the coronavirus pandemic, which hit demand for crucial items such as Boeing planes – big orders that could have edged China closer to its goal. As it was, China reached 60 per cent of its US$77 billion purchasing target for manufactured goods, while energy shipments ran at just 39 per cent of the US$52 billion target.

Even bumper imports of soybeans, pork and beef could not bring China closer than 64 per cent of the US$32 billion agricultural purchase target – evidence to analysts that the original targets were largely unworkable.

“I think in my sector, animal protein, the imports exceeded my expectations,” said Chenjun Park, an animal protein analyst at Rabobank in Hong Kong, who pointed to pork imports rising 230 per cent in the first 11 months of 2020, with beef imports up 150 per cent.

US chicken farmers gained access to China’s poultry market following a long hiatus, coming from nowhere to become the second-largest supplier. Beijing reopened its markets to US suppliers of products such as blueberries, chipping potatoes, infant formula and pet food. It also lifted an embargo on US barley imports – around the same time it was slapping duties on Australian imports of the crop.

There were huge paydays for American soybean farmers, with customs data showing a 52.8 per cent increase in Chinese imports from a year earlier. China’s hog herd recovered to 90 per cent of previous levels after a paralysing outbreak of African swine fever, driving up demand for the beans that are often fed to pigs.

Darin Friedrichs, a senior grain analyst at StoneX in Shanghai, said that the surge in soybeans was apparent in elevated crushing rates – the process through which soybeans are made into oil and meal – over the course of 2020.

But he was sceptical as to whether last year’s purchase level could be exceeded, with question marks about whether the level of demand in China could be topped and whether the US could even supply more soybeans than it did last year.

“There is still definitely strong demand, but there is a limit to how much soybeans the US can sell to China,” Friedrichs said.

What is the US-China trade war?

At the same time, instances of positive coronavirus tests on meat imports have slowed their processing at Chinese docks, with importers having to pay for extended cold storage and disinfecting services provided by the government, Friedrichs said.

Apart from agriculture, China took a series of measures required by the deal to open the financial services market to US firms. Beijing allowed access to the fund custody services market, issued a licence to American Express’ joint venture on the mainland, and in June removed the sector from its so-called negative list of sectors subject to foreign investment restrictions.

It is as yet unclear whether new US President Joe Biden will hold China’s feet to the fire on meeting the terms of a deal negotiated by his predecessor’s administration.

At a confirmation hearing on Tuesday in the US, Biden’s nominee for Treasury secretary, Janet Yellen, told lawmakers that a comprehensive review of the phase-one implementation would take place, according to a transcript released later. Yellen described China’s economic practices as “abusive”.

Earlier in the week, Antony Blinken – the nominee for secretary of state – said he agreed with the Trump administration’s designation of China’s treatment of ethnic minority groups in Xinjiang as “genocide”, in a sign that the US would not ease up on embargoes on the Western Chinese region’s goods, many of which are suspected to be tainted by forced labour.

China’s Ministry of Commerce this month rejigged its trade negotiation team, after a year in which it sealed the deal with the US that was seen as a ceasefire in the trade war, a pan-Asia trade deal with 14 partners and an investment treaty with the European Union.

Vice-Minister Yu Jianhua, 60, was appointed chief international trade negotiator – a position that had been vacant since Fu Ziying left the role in late-2018.

In a press release on Thursday, the ministry said it would “actively consider” joining the Comprehensive and Progressive Agreement for Trans-Pacific Partnership, in an indication that more multilateral deals are high on Beijing’s agenda.

But analysts are sceptical as to whether there will be fresh US-China trade talks any time soon.

“There will almost certainly not be another agreement that focuses on purchase requirements, as the Trump administration’s phase-one trade deal has clearly not achieved its goal. It’s unclear what policies the [Biden] administration may pursue, but it is clear that tackling what it views as China’s unfair trade practises will be a priority for the new administration,” read a note from Beacon Policy Advisers this week. 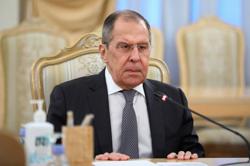 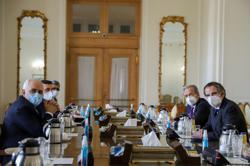