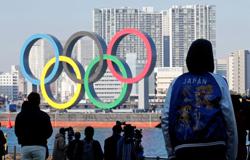 TOKYO (Xinhua): Dick Pound, the IOC's longest-serving member, claims that the postponed Tokyo Olympic Games will be held in the summer, backtracking on comments he made two weeks ago.

Pound, 78, said on Jan 8 that he was not "certain" that the Tokyo Games would take place, in the context of the Covid-19 pandemic.

But in an interview with Kyodo news agency on Wednesday (Jan20), Pound said the Olympics could go ahead without fans in attendance.

"The question is, is this a 'must-have' or 'nice-to-have.' It's nice to have spectators. But it's not a must-have," Pound told the Japanese news agency.

"Nobody can guarantee [that the Olympics will go ahead as planned]. But I think there's a very, very, good chance that they can, and that they will," he said.

He said that the Olympics would not be postponed again and that if the Games cannot take place this summer, cancellation was the only other option.

"All the indications are that we should go ahead. There's no reason why the Games can't go on."