Foreign passengers wearing protective suits line up for their flight to China at Manila's International Airport, Philippines, Monday, Jan. 18, 2021. Coronavirus infections in the Philippines have surged past 500,000 in a new bleak milestone with the government facing criticisms for failing to immediately launch a vaccination program amid a global scramble for vaccines. - AP

MANILA, Jan 18 (AP/Xinhua): Coronavirus infections in the Philippines have surged past 500,000 in a new bleak milestone with the government facing criticism for failing to immediately launch a vaccination programme amid a global scramble for Covid-19 vaccines.

The Department of Health (DOH) of the Philippines on Monday reported 2,163 new daily confirmed coronavirus disease (Covid-19) cases, the highest in more than two months in this South-East Asian country.

The total number of confirmed Covid-19 cases in the Philippines surged to 502,736 so far.

The death toll climbed to 9,909 after 14 more patients died from the viral disease, the DOH said. It added two more patients recovered, raising the total number of recoveries to 465,988. The Philippines, which has about 110 million population, has tested over 6.84 million people since the disease emerged in January last year.

There is no significant increase in cases in Metro Manila, the country's capital region, since December last year, Health Undersecretary Maria Rosario Vergeire said in a virtual press conference.

However, she said the DOH has noted a spike of cases in Cebu province in the central Philippines, the Cagayan Valley region, and the Cordillera Administrative Region in the northern Philippines.

She said that the average number of new cases recorded in the Philippines in the past week was at 1,500, higher than the 1,000 to 1,300 average recorded in December last year.

Vergeire said the DOH is still analysing the data to see if the post-holiday surge has started yet.

The Philippines also has been negotiating with seven Western and Chinese companies to secure 148 million doses of Covid-19 vaccine but the effort has been fraught with uncertainties and confusion. 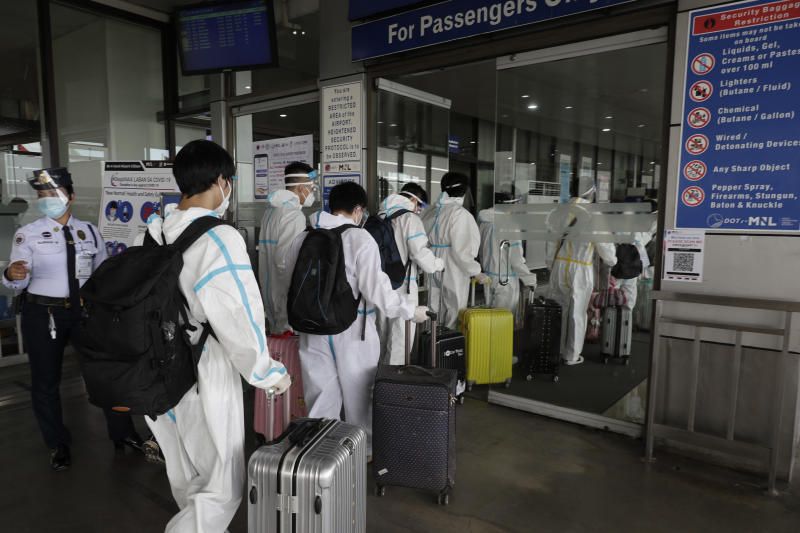 About 50,000 doses from China-based Sinovac Biotech Ltd. may arrive later next month followed by much larger shipments, according to the government, but concerns have been raised over its efficacy.

President Rodrigo Duterte says securing the vaccines has been difficult because wealthy nations have secured massive doses for their citizens first.

Duterte’s elite guards have acknowledged they have been inoculated with a still-unauthorised Covid-19 vaccine partly to ensure that they would not infect the 75-year-old president. Duterte’s spokesman and other officials have denied the president himself was vaccinated.

A flurry of criticism has followed the illegal vaccinations, but few details have been released, including which vaccine was used and how the guards obtained it. Some senators moved to investigate, but Duterte ordered his guards not to appear before the Senate.
Article type: metered
User Type: anonymous web
User Status:
Campaign ID: 1
Cxense type: free
User access status: 3
Subscribe now to our Premium Plan for an ad-free and unlimited reading experience!