BEIJING, Jan 18 (Xinhua): Chinese State Councilor and Foreign Minister Wang Yi says many milestones were achieved during an interview with the media after concluding his trips to Myanmar, Indonesia, Brunei and the Philippines.

Last January, Chinese President Xi Jinping paid a historic visit to Myanmar and reached an important consensus with Myanmar on building a China-Myanmar community with a shared future, giving new meaning to the millennia-old "Paukphaw" (fraternal) friendship, Wang said in the interview.

The choice of Myanmar as the first stop of this year's first visits to the surrounding areas aims to fully implement the outcomes of Xi's visit and make solid progress in building a China-Myanmar community with a shared future, Wang said.

The two sides, Wang added, have reached a consensus in principle on the action plan of building a China-Myanmar community with a shared future and formulated a series of concrete ideas and measures for all-round cooperation between the two countries in the next stage. Asked about his expectations for China-Indonesia cooperation in the post-pandemic era, Wang said China and Indonesia are both large developing countries and important emerging economies.

Against the backdrop of profound changes in a century and global pandemic, the cooperation between the two countries has strategic significance and world influence, Wang said.

Since the outbreak of the pandemic, Xi and Indonesian President Joko Widodo have had three phone conversations, exchanging strategic views on fighting the pandemic and developing cooperation, Wang said, adding that the purpose of his visit is to implement the consensus reached by the two heads of state and determine the path of deepening cooperation.

The two sides, Wang said, have agreed to set up "three models" for emerging major countries and South-South cooperation, namely a model of vaccine cooperation, a model of joint construction of the Belt and Road and a model of safeguarding multilateralism. Asked about ties between China and Brunei, Wang said the double 30th anniversaries coupled with Brunei's assumption of the rotating chair of Asean provided a crucial opportunity for the two countries to deepen cooperation comprehensively.

Under the strategic guidance of the heads of state from both countries, China and Brunei are steadily pushing forward major projects cooperation, such as the Hengyi Industries Sdn Bhd's oil refinery and petrochemical project as well as the Brunei-Guangxi Economic Corridor project, with the joint construction of the Belt and Road Initiative being the main line, and have expanded mutual benefit and converged interests and brought tangible benefits to the two peoples, Wang said.

In the face of Covid-19, both countries have achieved significant results in their joint response to the pandemic and have realized positive economic growth, he said.

On the occasion of the double 30th anniversaries, Wang said China and Brunei have agreed to deepen regional cooperation, expressing his hope that Brunei could give play to the role of the Asean chairmanship, push China-Asean relations to a new level, and guide East Asia cooperation to focus on East Asia, development and regional integration. 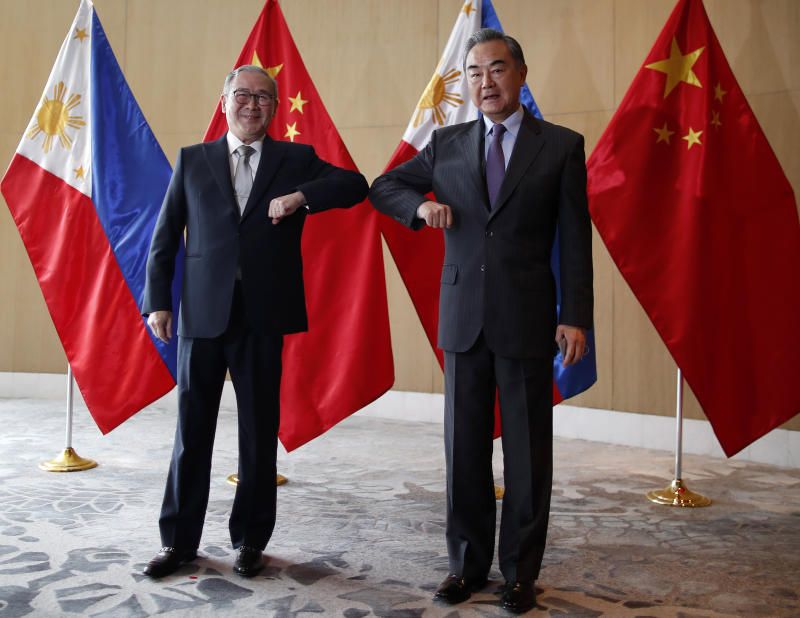 In the face of the pandemic, both countries have offered support to each other in the first place, demonstrating friendship and brotherhood, he said, adding that China has announced to donate a batch of Covid-19 vaccines to the Philippines and encourages Chinese companies to seek vaccine cooperation with the Philippine side.

According to Wang, China and the Philippines announced during the visit the launch of a fast passage for necessary personnel exchanges between the two sides, signed an agreement on economic and technical cooperation, and the Bank of China Manila was officially established as the renminbi (RMB) Clearing Bank of the Philippines, providing impetus for economic recovery and boosting confidence of both sides.

He added that China will continue to participate in the Philippines' "Build, Build, Build" program and actively advance bilateral cooperation on major projects to lay a better foundation for the long-term development of the Philippines.

On the occasion of the 30th anniversary of the China-Asean dialogue relations, the visits aim to seize the opportunity together with the leadership of the four countries and the Aseansecretary-general to forge a higher level of strategic partnership between China and Asean and build a closer China-Asean community of shared future, said Wang.

At present, the regional and international situation has entered a period of turbulence and change. Both China and Asean countries believe that to ensure lasting peace and prosperity in East Asia, real multilateralism must be supported and practiced. At the same time, the countries should also be on guard against all kinds of pseudo-multilateralism, Wang said. - Xinhua
Article type: metered
User Type: anonymous web
User Status:
Campaign ID: 18
Cxense type: free
User access status: 3