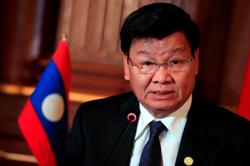 The first goal is for Laos to maintain steady economic growth with quality, stability and sustainability, the prime minister told the congress on Wednesday, as local daily Vientiane Times reported Thursday (Jan 14).

Secondly, training will be stepped up to ensure people are better qualified to meet the demands of development, are able to conduct research, and know how to use science and technology to add value to goods and services.

The third, it is essential to improve people's living conditions, while balancing environmental needs with a reduced risk of natural disasters is the fourth goal.

Fifthly, the government will work to strengthen infrastructure and effectively utilise potential, opportunities, locations and participating regional and international cooperation and integration.

The sixth goal is to enhance the efficiency of state management and administration so that equality, justice and order prevail in society and people receive protection through the enforcement of laws.

Thongloun detailed each of the targets, especially the goal of quality, stable and sustainable economic growth.

Under the plan, in the next five years, Lao economic growth is projected to grow at four per cent annually, and the goal for annual average per capita income is US$2,887 in 2025.

Average annual growth in the agriculture sector is expected to account for 2.5 per cent of GDP, with the industrial sector to contribute 4.1 per cent and the service sector 6 per cent.

Up until 2025, agriculture and forestry are projected to contribute 15.3 per cent of GPD, with industry comprising 33.3 per cent and the service sector 41.3 per cent.

The government will ensure that foreign currency reserves are sufficient to buy imports for a period of not less than three months and will do its best to maintain money flow at a rate not exceeding 20 per cent per year. Investment will be obtained from various sources to support all forms of development and account for 19.6 per cent of GDP.

The three-day 11th Congress of the Lao People's Revolutionary Party (LPRP), the country's ruling communist party, was opened at the National Convention Center here on Wednesday.

The LPRP convened a national congress every five years and the last congress was held in 2016, resulting in the election of 11 politburo members and a party central committee. 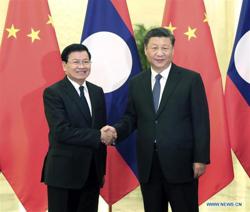