The four, all female in their 20s, returned to Cambodia on Jan 5 via land borders, according to the statement released yesterday.

“The results of their samples’ tests indicated that the four women were positive for Covid-19.

“They are being treated at Banteay Meanchey Provincial Referral Hospital, ” MOH’s secretary of state and spokesman Or Vandine said.

More than 6,000 Cambodian migrant workers have returned to Cambodia so far after neighbouring Thailand confirmed a large-scale Covid-19 outbreak in its Samut Sakhon province last month, according to local authorities.

Since the onset of the outbreak in January last year until now, Cambodia has registered a total of 391 confirmed Covid-19 cases, with zero deaths and 371 recoveries, Vandine said. — Xinhua 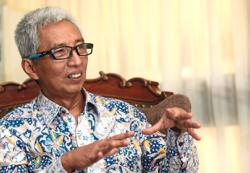