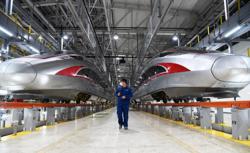 JAKARTA (The Jakarta Post/ANN): The government has disbursed a total of Rp 37.07 trillion (US$2.63 billion) in state capital injections (PMN) to four state-owned enterprises (SOE) and two state agencies in a bid to help revive the virus-battered economy.

“Everything is calculated. This is for their working capital, ” SOE Ministry expert staff member Arya Sinulingga told The Jakarta Post in a phone interview on Monday (Jan 4).

The government has allocated a total of around Rp 45 trillion in state capital injections for SOEs as part of both the 2020 state budget and the Covid-19 stimulus package. The most recent injections come at a time when the government is speeding up the disbursement of funds.

Arya said the capital injection for Hutama Karya was expected to help create jobs and improve the country’s logistics through toll road projects, including the 2,704-kilometre trans-Sumatra toll road.

“The state capital injection worth Rp 7.5 trillion that has been signed by the President in late December will be used by Hutama Karya to speed up the development of two sections of the trans-Sumatra toll road project, ” the company’s corporate secretary, Muhammad Fauzan, told the Post via text message.

The trans-Sumatra toll road, which connects Lampung and Aceh with 24 toll road sections, is expected to start fully operating in 2024.

As of 2020, the company has developed 1,156 km for the Phase One development, of which 513km are already in use and 643km are still under construction.

“The Phase One development, for example, will employ many workers and create a lot of impacts, both for those working for the toll road projects itself and the raw material [suppliers], ” said Arya.

The pandemic has affected nearly 30 million workers across the country, sending the unemployment rate to 7.07 per cent in August, up from 5.23 per cent in August last year, according to Statistics Indonesia (BPS

Meanwhile, Bio Farma spokesperson Bambang Heriyanto said Monday that capital injections would not be used to procure coronavirus vaccines from Beijing-based biopharmaceutical company Sinovac Biotech or to cover the logistics for the nationwide vaccine distribution, which began Sunday.

“[The money] will be used to provide quality, integrated, affordable and customer-oriented national healthcare products and services by increasing the capacity and capability of hospital health services, ” Bio Farma spokesperson Bambang Heriyanto told the Post via text message.

Piter Abdullah, an economist at the Center for Reform on Economics (CORE) Indonesia, said Monday that the capital injection was “the right step”, because government spending was the only means to keep the economy afloat when the private sector was hit hard by the pandemic.

The whole economy, meanwhile, contracted 3.49 per cent yoy in the quarter, sending the country into its first recession since 1998.

“I think programmes that the government has planned are on track, which is something we can expect to have an impact on our national economic recovery, ” Piter said. - The Jakarta Post/Asia News Network 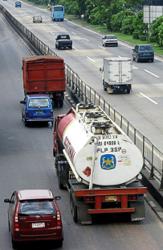