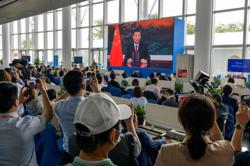 BEIJING (Xinhua): Building on a major victory in poverty alleviation, China is ready for a new stage in agricultural and rural development. The country is shifting its focus of rural work to all-round rural vitalization.

Solving issues related to agriculture, rural areas and farmers is the top priority for the Communist Party of China (CPC), Chinese President Xi Jinping has stressed.

Xi, also general secretary of the CPC Central Committee and chairman of the Central Military Commission, made the remarks at the two-day annual central rural work conference, which closed here on Tuesday.

Efforts must be made to promote the efficiency and quality of the agricultural sector, make rural areas suitable to live and work in, and ensure that farmers are affluent and well-off, he told the meeting.

With China at a historical juncture of marching toward its second centenary goal, the task of consolidating and extending the achievements of poverty alleviation, pushing forward all-round rural vitalization and accelerating the modernization of the agricultural sector and rural areas is a major issue essential to the overall situation that deserves the high attention of the whole Party, Xi noted.

Consolidating the foundation for agriculture, rural areas, and work relating to farmers is "the ballast" for the country to tackle the changing situations and open up new prospects, he said.

After a victory in poverty alleviation is scored, China should push forward the rural vitalization in an all-round way as "a historic shift" of the focus in its work concerning agriculture, rural areas and farmers, Xi stressed.

The CPC Central Committee has decided to set a five-year transition period for counties that have shaken off poverty, and gradually shift the policy focus toward comprehensively promoting rural vitalization, Xi said.

Efforts should be made to ensure food security and strengthen food production year by year, he said, emphasizing that the country must retain a "red line" of 1.8 billion mu (120 million hectares) of arable land.

Xi underlined better using and conserving black soil and speeding up breakthroughs on core and key agricultural technologies. He also urged promoting the supply-side structural reform in the agricultural sector.

The conference was chaired by Premier Li Keqiang, who is also a member of the Standing Committee of the Political Bureau of the CPC Central Committee. Other Chinese leaders present at the meeting included Li Zhanshu, Wang Yang, Wang Huning, Zhao Leji, and Han Zheng.

Xi's speech elaborated on the importance of promoting rural vitalization and speeding up the modernization of agriculture and rural areas in an all-round way, Premier Li Keqiang said.

The meeting also discussed a draft document on comprehensively advancing rural vitalization and accelerating the modernization of agriculture and rural areas. 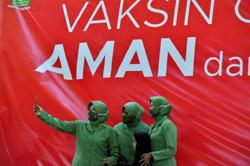