Longtail boats moored on the beach of one of the Koh Hong islands in the Andaman Sea. The proposed 'southern land bridge' will link the Gulf of Thailand to tourist attractions fringing the Andaman Sea. - AFP

BANGKOK (The Nation/ANN): The Transport Ministry will focus on implementing seven new mega-projects next year, including the "southern land bridge" linking the Gulf of Thailand and Andaman Sea, minister Saksayam Chidchob said as he outlined the ministry's plan for 2021 on Monday (Dec 28).

The Office of Transport and Traffic Policy and Planning has drawn up the terms of reference to hire a private firm to study the feasibility of the project and come up with a suitable design.

Another mega-project is Phase 2 of the double railway track being built by the State Railway of Thailand (SRT).

Saksayam said he has given SRT the job of studying the project, which will be developed on a public-private partnership.

Given that the state agency has a huge debt and limited budget, getting the private sector to jointly develop the project is one of the options to help the project take off. He said work on the double track Denchai-Chiang Rai-Chiang Khong and Ban Pai-Nakon Phanom railway will start next year. - The Nation/Asia News Network 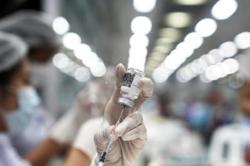