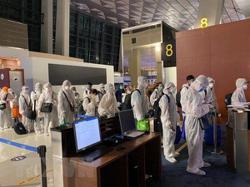 THE Ho Chi Minh City Centre for Disease Control (CDC) lifted lockdown orders on several areas with a total of 148 households and 500 residents in the city after those suspected of exposure to Covid-19 patients tested negative.

It said since Dec 2, the city has not recorded any new community Covid-19 cases and lifted lockdown for areas related to a small cluster of four local cases earlier this month, which happened as a result of a quarantine breach.

Prior to the incident, which has been put under control, Vietnam had gone nearly three months without new community cases.

The index case of this transmission event was a 28-year-old Vietnam Airlines’ flight attendant who returned to the country after a flight to Japan on Nov 14 and was quarantined at the airline’s facility for crew members in the city’s Tan Binh district for four days.

He was then allowed to self-quarantine at home after two negative Covid-19 tests, but later tests returned positive during the time he was at home but failed to avoid mixing with a close friend and went out in public.

The flight attendant’s friend was an English teacher, who spread the virus to a one-year-old baby boy and one of his students.

Ho Chi Minh City Police on Dec 3 said that they would charge the flight attendant for “spreading a dangerous infectious disease to people”.

The incident resulted in the temporary closures of several schools and universities, along with entertainment and service venues in the southern city.

On Dec 7, the city reported that 861 close contacts of the four Covid-19 patients, as well as 1,400 contacts of these 861 people, all tested negative for the virus. — Vietnam News/ANN 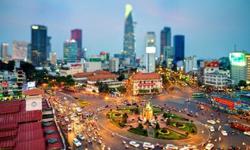