The idea of the new Prepare programme is to marshal the forces of scientists and transform discoveries into solutions. - ST

SINGAPORE (The Straits Times/ANN): With the spectre of Disease X looming, Singapore is making sure that diagnostics, treatments and vaccines will be ready fast when another crisis strikes, with a new battle plan against future outbreaks.

Under the new Prepare programme, the Republic will work closely with other researchers in the region to keep a close watch on pathogens circulating in animal populations, the source of many outbreaks when such diseases jump to humans.

It will also fine-tune models to understand how an epidemic is spreading and how to keep it under control.

The idea is to marshal the forces of scientists and transform discoveries into solutions - from pin-pointing the source of an outbreak to developing the best drugs for patients.

Prepare will span five years, for a start, and will be helmed by the Ministry of Health (MOH).

Prof Tan said that the new programme is meant to be translational in nature - which means applying scientific findings to real-world situations - although funding will still be available for basic research.

"What this new programme would do would be to build the enablers in terms of data, tissue, pathogen materials, as well as the networks that are working around infectious diseases or public health interests," he said.

For instance, this could include providing funding to build more long-term, core infrastructure, such as those that would enable the secure storage of data, or building a "bank" where clinical and biological samples can be stored.

He cited how patient serum samples from the 2003 outbreak of Sars (severe acute respiratory syndrome) had come in handy for researchers working on an antibody test for Covid-19.

The pathogens that cause Sars and Covid-19 are from the same family of viruses - coronaviruses.

"We were able to use these samples to help us to validate whether the test kits we were developing had a cross-reactivity against the 2003 Sars virus. So, those kinds of samples can be very useful when we are dealing with current pathogens," he explained.

Establishing networks between researchers from different institutions and disciplines is important, he noted. This could help foster collaborations between different groups of scientists that would lead to better outcomes.

For example, the development of a diagnostic test requires researchers with expertise not just in biology but also in microfluidics (a field of science involving the manipulation of fluids on a small scale) and sensor systems, he said.

Such translational activity will better meet the needs of Singapore's MOH and other public health agencies in epidemic control, he said.

Prof Tan pointed out that the research community in Singapore has contributed significantly to the public health response to Covid-19.

However, the pandemic had also yielded learning points, which is what the new research programme is designed to take in.

"This will further strengthen our ability to do R&D (research and development) to help with future epidemics and outbreaks." - The Straits Times/Asia News Network 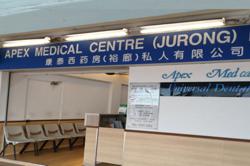