BEIJING (China Daily/ANN): China's economic growth is shaking off the impact of the Covid-19 pandemic to lead the world, CNBC said at its Q4 Global CFO Council Survey on Wednesday (Dec 2).

The survey said the world's leading chief financial officers have a positive outlook on Chinese economy to give an average perspective of "Modestly Improving" for country's GDP.

CNBC quoted a report from the Organization for Economic Cooperation and Development (OECD) as saying that China was the only major economy expected to record economic growth in 2020, with growth at 1.8 per cent.

Moreover, the country was expected to account for over one-third of world economic growth in 2021 with real GDP growth to be 8 per cent in 2021 and 4.9 per cent in 2022, said CNBC citing the OECD's report.

The figure in November rose to 57.8, and the services firms hired more workers for the fourth straight month while business confidence improved to the highest in over nine and a half years, said Reuters, citing Caixin's report.

"The strong rebound was largely in line with the findings in an official survey released on Monday, suggesting China's overall economic recovery is becoming more balanced and broader based, despite concerns that scattered Covid-19 cases found in some parts of the country could weigh on consumer activity," Reuters said.

An expert at Caixin Insight Group was quoted in the press as saying that the recovery momentum could run for a few more months. - China Daily/Asia News Network 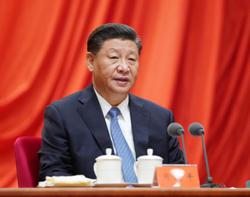