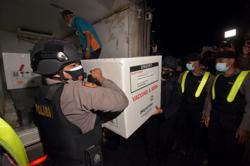 Buddhist monks walk in the compound of the Angkor Wat temple in Siem Reap province on Nov 29, 2020. - AFP

The ancient park made US$18.6 million in revenue from ticket sales during the January-November period this year, a drop of 79 per cent year-on-year, it said in a statement.

The huge slump was due to the impact of the Covid-19 pandemic that has forced the Southeast Asian nation to impose entry restrictions for all foreign travelers since March.

"If Covid-19 vaccines are available, we hope that the number of international visitors to the ancient site will rebound gradually in the first quarter of 2021," he told Xinhua.

He said China would undoubtedly remain the biggest source of tourists to Cambodia in the post-Covid-19 era thanks to excellent ties between the two countries.

Situated in northwest Siem Reap province, the Angkor Archaeological Park, inscribed on the World Heritage List of the United Nations Educational, Scientific and Cultural Organization (UNESCO) in 1992, is the kingdom's most popular tourist destination. 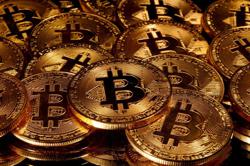