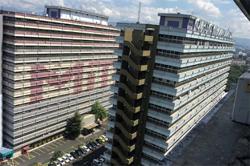 People taste red wine from Australia at the Food and Agricultural Products exhibition at the third China International Import Expo in Shanghai on Nov 5, 2020. - AFP

BEIJING (Bloomberg): China will impose anti-dumping duties of more than 100 per cent on Australian wine from this weekend, in the latest sign of deteriorating trade tensions between the two nations.

The anti-dumping deposits will take effect Nov 28 (Saturday) and range from 107.1 per cent to 212.1 per cent, the Chinese Ministry of Commerce said in a statement Friday.

The duties come just three months after China started an anti-dumping and anti-subsidy investigation into Australian wine, and follows a raft of other measures barring imports from coal to copper to barley this year.

"We don’t believe there is any case to answer, so without seeing the details, obviously it’s disappointing," said Tony Battaglene, chief executive of industry group Australian Grape and Wine, noting that he hadn’t seen the Chinese statement yet.

Treasury Wine Estates shares fell more than 11 per cent after the news, before trading was paused pending an announcement.

Subsidiary Treasury Wine Estates Vintners is subject to duties as high as 169.3 per cent, according to the China commerce ministry statement.

The two nations have been in a deadlock since 2018, when Canberra barred Huawei Technologies Co from building its 5G network.

Adding to grievances is Prime Minister Scott Morrison’s call for an inquiry into the origins of the coronavirus outbreak, a move that bruised China’s pride and unleashed a torrent of criticism that Australia is a puppet of the US.

Morrison sought this week to release some of the pressure, giving a speech that praised China for pulling its people out of poverty.

Australia, he said, wants a "mutually beneficial" relationship and insisted his government isn’t siding with the US to contain China.

The Ministry of Foreign Affairs in Beijing noted the "positive comments."

Australia is the world’s most China-dependent developed economy.

Australian wine has already been piling up in the country after China announced two trade probes earlier this year.

More than 50 vessels carrying more than US$500 million (S$669 million) in Australian coal have also been stranded near Chinese ports as the diplomatic spat cut into trade. 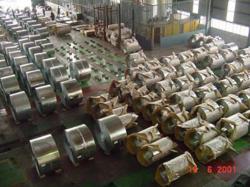