BANGKOK (The Nation/ANN): Army chief Narongphan Jitkaewtae has denied that the military hired a private company to spread pro-government propaganda through hundreds of Twitter accounts.

He was responding to a leak of documents that apparently show details of the contract between the Army and the company.

On Oct 8, Twitter announced it had removed 926 accounts that had concealed links to the Army.

Members of the opposition said they had already been collecting information on the Army’s information operation (“IO") activities.

Pannika Wanich, former spokeswoman for the now-dissolved Future Forward Party, said they planned to sue the Army for “using tax money to cause divisions and hatred among Thais”.

Meanwhile, the Army chief refused to say whether martial law would be imposed if ongoing pro-democracy protests escalate. - The Nation/Asia News Network 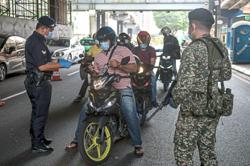