Surgeon Edward Foo was ordered to pay the damages after the court found him negligent in performing the procedure. - ST

SINGAPORE (The Straits Times/ANN): The family of a pharmaceutical company executive, who died at the age of 44 following a liposuction procedure in 2013, was awarded damages of about $5.6 million by the High Court on Thursday (Nov 26).

Surgeon Edward Foo, who was sued by the family of Madam Mandy Yeong Soek Mun, was ordered to pay the damages after the court found that he was negligent in performing the procedure at his clinic -- TCS at Central Clinic.

In a written judgment, Justice Choo Han Teck said: "Dr Foo, who may well be a competent general surgeon, was not adequately trained to perform the liposuction and fat transfer procedures.

"Unfortunately, Dr Foo believed himself capable and thus did not manage this case as a competent surgeon in this field should have done."

The court also found that Dr Foo's delay in sending for an ambulance after Yeong collapsed at his clinic was an act of negligence.

Dr Foo initially deflected liability by blaming the doctors at the Singapore General Hospital's accident and emergency department for failing to resuscitate her, but dropped his case against the hospital doctors midway through the trial.

Justice Choo also awarded $3.8 million for loss of inheritance, based on Yeong's projected income and stock options at Roche Diagnostics Asia Pacific, where she was head of regional market development.

He awarded about $31,000 for estate claims, which included funeral expenses, medical expenses incurred at the clinic and general damages for pain and suffering. 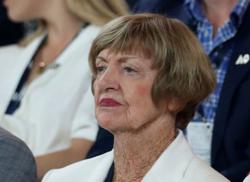