FORMER US president Donald Trump’s administration provided precision-guided missiles and other weapons to help the Philippines battle Islamic State group-aligned militants and renewed a pledge to defend its treaty ally if it comes under attack in the disputed South China Sea.

National Security Adviser Robert O’Brien represented Trump in Monday’s ceremony at the Department of Foreign Affairs in Manila, where he announced the delivery of the missiles and bombs to the Philippine military.

O’Brien expressed condolences to the Philippines after back-to-back typhoons left a trail of death and devastation in the country and outlined US help to the country to fight the Covid-19 pandemic.

The US assistance projects normalcy in Washington’s foreign relations as Trump works to challenge the results of the Nov 3 presidential election, claiming he was a victim of fraud.

Duterte had asked Filipino Americans to vote for Trump but congratulated Joe Biden, through his spokesperson, for winning the election.

Asked in an online news briefing if any officials he met in Vietnam and the Philippines voiced concern about the post-election situation in the US, O’Brien said nobody did.

“There will be a transition if the courts don’t rule in President Trump’s favour, ” he said.

O’Brien represented Trump in a recent online summit between the US and leaders of the Association of Southeast Asian Nations and an expanded East Asia summit of heads of state attended by China and Russia that was also held by video and hosted by Vietnam.

O’Brien cited the Trump administration’s role in the defeat of the Islamic State group in the Middle East and last year’s killing of its leader, Abu Bakr al-Baghdadi, in Syria, and renewed its commitment to help defeat IS-linked militants in the southern Philippines. — AP 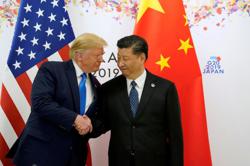 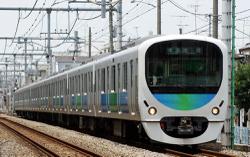 Thai students mark Teachers' Day with paint-soaked protest
Researchers discover H5N8 strain of bird flu in Hong Kong for first time
Flooding in Sabah moves from east coast, interior towards Kota Kinabalu
Study to boost the value of future rail network
Women to the fore, please
‘That page doesn’t exist’ – welcome to life without Trump’s tweets
Championing walks in Malaysian cities
HSR project: Not the end of the line
The use and misuse of ‘colonial mentality’
Change of guard to test war on graft