Prayut rejects as propaganda rumours he will quit on Nov 25; more protests expected during weekend

BANGKOK, Nov 21 (The Nation Thailand/ANN): Prime Minister General Prayut Chan-O-Cha has announced that he had never offered to resign, quashing rumours that he would step down before Wednesday (Nov 25).

Prominent human-rights lawyer Arnon Nampa, who is also one of the core leaders of the pro-democracy movement, had posted a Facebook message earlier on Friday (Nov 20), saying Prayut “might” resign before Nov 25, the date protesters have scheduled another rally at the Crown Property Bureau in Bangkok’s Dusit district.

“You must ask the person who said it where he got the information from, as I’ve never made contact with Arnon, leader of Ratsadon protester group, ” said Prayut.

“As they have scheduled another rally on Nov 25, I believe it is just a propaganda to invite more people to join the protest.

“Should we continue to believe the person who spreads groundless information like this? That is all I’m going to say, ” added the prime minister. 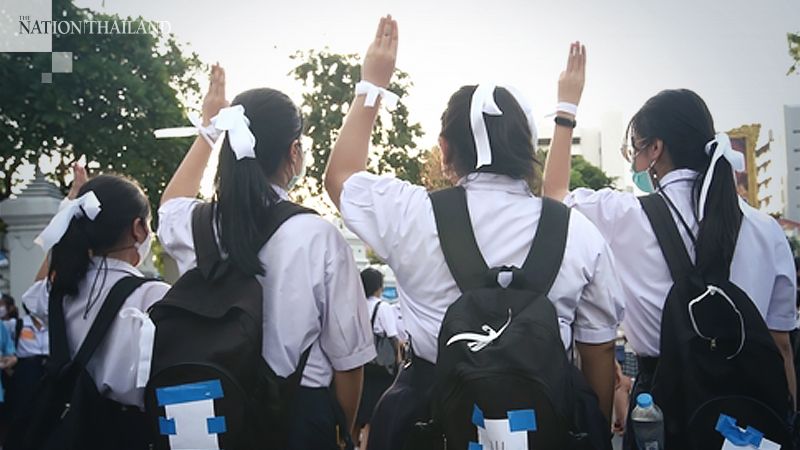 Meanwhile, the “Bad Student” group has accused police of harassment after two of its members under 18 years old received police summons for violating the state of emergency.

In a Facebook post on Friday, the pro-democracy group consisting of high-school students and student organisations from 50 educational institutions nationwide said that two of its members, Benjamaporn and Lopnapat (last names withheld), who are high school students of Mattayom 4 and 6 respectively, recently received police summons asking them to report to be notified of charges for violating the state of emergency, for their participation in pro-democracy rallies in October.

Prayut declared a state of emergency in Bangkok on Oct 14 to control the escalating pro-democracy protests by demonstrators who call themselves the Ratsadon in front of Government House. The emergency ended on Oct 22.

“This is a harassment of adolescents who are under 18 years old, ” the FB post said.

Earlier on Thursday, the Bad Student group declared that they would hold an anti-government protest with the theme “Meteor Strikes Dinosaurs”, at Bangkok’s Ratchaprasong intersection on Saturday (Nov 21).

They said the aim of the rally was to remind lawmakers that if they don’t change their dinosaur-like outdated mindsets, they would be hit by meteors. - The Nation Thailand/Asian News Network