JAKARTA (The Jakarta Post/ANN): The Association of Indonesian Automotive Manufacturers (Gaikindo) has forecast that domestic car sales will remain at a pre-pandemic level next year, as an economic rebound is expected to take time with Covid-19 still impacting the auto industry.

“We believe it will take around two years for the economy to return to a pre-pandemic level. Therefore, we project that domestic sales will only reach 800,000 units by 2021, ” Gaikindo chairperson Yohannes Nangoi said on Wednesday (Nov 19) during a webinar held by BNI Asset Management.

The forecast came as the association slashed this year’s domestic car sales forecast for the second time to 525,000, from the previous 600,000 cars.

The revision was also made following October’s underwhelming car sales figure of around 49,000 units, a mere 1 per cent growth month-to-month (mtm) and around half of last year’s figure at around 96,100.

The October result also contrasts with September’s mtm jump in car sales of 30.4 per cent to around 48,500 vehicles.

“It will be challenging for us to reach this year’s target even though we believe the conditions will improve by next year, ” he said.

Wholesale sales for domestic cars between January and October this year reached around 421,000 units, a 50.5 per cent year-on-year (yoy) drop from the same period last year, according to Gaikindo data.

“We have been working together with the Industry Ministry to approach each [car brand] to propose export destination expansion to new countries. We are planning to travel to several countries such as Japan and South Korea, ” he said.

According to Gaikindo data, Indonesian car manufacturers have exported around 180,900 completely built up (CBU) vehicles as of October, exceeding the association’s revised annual export target of 175,000 CBU vehicles.

However, it remains lower than Gaikindo’s initial export target of 350,000 vehicles.

In 2019, the Philippines became Indonesia’s largest car export destination with more than 86,000 CBU cars shipped to the country, followed by Vietnam, Saudi Arabia, Thailand and Japan.

Yohannes said that carmakers could expand their export market to Australia, as the country had a relatively large car market but had yet to import automotive products from Indonesia.

Furthermore, the recent signing of the Regional Comprehensive Economic Partnership (RCEP) by the 10 members of Asean alongside China, Japan, South Korea, New Zealand and Australia would gradually reduce tariffs for passenger vehicles and automotive products, the association stated.

“We have sufficient manufacturing infrastructure. Both Indonesia and Australia use the right-hand steering wheel and we’re closer to Australia than other car-manufacturing countries.

With the RCEP, tariff barrier would also no longer be a problem in the future, ” Yohannes said.

Vehicle sales in China, the world’s biggest vehicle market, rose 12.5 per cent yoy in October from the same month last year, the seventh straight monthly rise, according to data from the China Association of Automobile Manufacturers (CAAM), as reported by Reuters.

“We believe that Indonesia could follow China’s trajectory on vehicle spending once the pandemic is controlled, where big ticket items such as cars and properties become the first to recover, ” Jefrix said.

Furthermore, the return of people’s mobility is also expected to create demand for passenger vehicles especially as Covid-19 transmission remains prevalent as the public refrains from using public transportation, opting instead to use private vehicles.

“People still need to go out of their house, which means demand for vehicles still exist, ” he said. - The Jakarta Post/Asia News Network 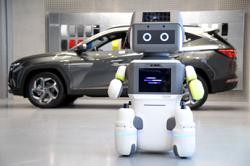 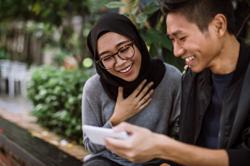