No. 2 on Fortune’s powerful women’s list ‘willing to take risks’ 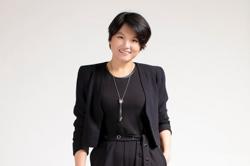 WHEN business magazine Fortune ranked Temasek Holdings chief executive Ho Ching the 20th most powerful woman outside the United States earlier this month, some news reports said she is the only Singaporean to make it onto the list. Except that she isn’t.

The 43-year-old is co-chief executive officer and technology czar of China’s financial services and technology giant Ping An Group, which is the country’s largest insurer.

Speaking from her office in Shenzhen, the Kebun Baru Primary School alumna said success was not handed to her on a plate.

Her A-level grades were stellar enough to get her into the Massachusetts Institute of Technology (MIT) in the United States in 1996, but she eschewed the scholarship route.

Her father, who worked in US tech firm Texas Instruments, borrowed money on his credit card to help finance her education.

With no money and facing the possibility of being forced out of school, she applied for financial aid from the university and juggled three jobs.

What she learnt from that experience – including MIT’s willingness to stump up financial support for her when she most needed it – is that “if you ask for something, you’ll be surprised by what you can get”.

“You just have to go and fight for it,” she said.

After graduating in 2000, she stayed in the US and landed a job at top-notch consulting firm McKinsey, where she worked in 15 different countries over 13 years and rose to become partner.

Her willingness to take risks, however, did not initially extend to working in China.

Her first consulting project in 2003, when she was posted back to Singapore, was to work with Ping An Group, which was trying to build one of the largest shared services centres in China.

She baulked at the prospect: “My Chinese wasn’t as good as it is now, and I wasn’t sure if I would work well with them.”

But she was impressed by the group’s founder Peter Ma, who started the firm from scratch and strongly encouraged risk taking.

“As a consultant, I served many top companies and CEOs. But many firms become more risk-averse as they get larger,” she explained.

Ten years later, she summoned the courage to jump ship to Ping An.

Calling her time spent in China “exhilarating”, she said it helps that the city of Shenzhen, where the firm is based, has a vibrant start-up environment. — The Straits Times/ANN 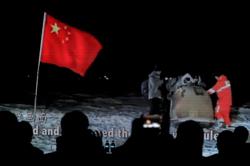