Adviser to the Fiscal Policy Office Pornchai Threeravej (centre), says the recovering Thai economy will grow by 4.5 per cent next year. - The Nation Thailand/Asian News Network

BANGKOK, Oct 30 (Reuters/ The Nation Thailand-ANN): Thailand's economic performance in the third quarter improved from the preceding three months, with GDP shrinking by a single digit as economic activity resumed after easing coronavirus restrictions, the central bank said on Friday.

South-East Asia's second-largest economy contracted 12.2% in the second quarter year-on-year, the sharpest fall in 22 years, as the pandemic pummelled tourism and consumption.

"The third quarter is still negative, but not a double digit contraction," Chayawadee Chai-Anant, senior director at the Bank of Thailand (BOT), told a briefing.

She gave no specific forecast.

Official third-quarter gross domestic product (GDP) data is due to be released on Nov 16.

However, political uncertainty could undermine private sector confidence and a future economic recovery depending on developments, Chayawadee said.

Thailand has seen some of the biggest political protests in years in recent months calling for the removal of Prime Minister Prayuth Chan-ocha, changes to the constitution and reforms to curb the powerful monarchy.

The BOT has forecast the economy will contract by a record 7.8% this year due to the impact of the coronavirus pandemic.

In September, the economy recorded smaller falls in exports than in August, though tourism remained in a slump due to restrictions on foreign arrivals, the BOT said.

Exports, a key driver of growth, fell 4.2% in September from a year earlier after August's 8.2% drop.

September imports declined 8.1% from a year earlier, resulting in a trade surplus of US$3.21 billion in the month.

Thailand recorded a current account surplus of US$1.31 billion in September after a revised surplus of $3.12 billion the previous month.

The Nation Thailand reported that seeing signs of recovery, the Finance Ministry has revised its economic forecast for this year, predicting a contraction of 7.7 per cent rather than the previous 8.5 per cent.

The move came after economic indicators for September released by the Fiscal Policy Office on Thursday showed improvement from the month before.

The economy is recovering in the second half of the year as Thailand’s major trading partners start to rebound from the Covid-19 crisis, while government spending shores up the local economy, said Pornchai Theeravej, adviser to the Fiscal Policy Office.

Optimism at the Finance Ministry is matched by the Bank of Thailand, which recently revised its forecast for the economy this year from -8.1 per cent to -7.8 per cent, he said.

Pornchai added he expects to see economic growth of 4.5 per cent next year.This year, Thai exports are expected to fall by 7.8 per cent, better than the previous forecast of an 11 per cent drop.

The current account surplus is projected at US$14.1 billion, equivalent to 2.8 per cent of GDP, which would contribute to economic stability, he said.

Meanwhile, the Centre for Covid-19 Situation Administration (CCSA) reported 12 new cases in state quarantine facilities over a 24-hour period on Friday (Oct 30), but all reported cases were imported ones.

Besides seven Thais, five other cases were from a Brazilian, a Myanmarese, an Ethiopian and two Indians.

Meanwhile, 15 patients have recovered and been discharged.

The death toll remains unchanged at 59.As of 10am on Friday according to Worldometer, the total number of confirmed cases worldwide had risen to 45.31 million (up by 545,903).

Thailand ranks 147th in most cases in the world, while US tops the list with 9.21 million, followed by India at 8 million, Brazil 5.49 million, Russia 1.58 million and France 1.28 million. - Reuters/The Nation Thailand-Asian News Network 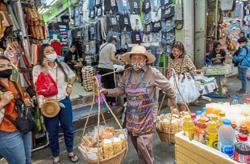