Singapore: Covid-19 issue under control but unemployment rates rise to 3.6% in Sept

Singapore reported nine new Covid-19 cases, including seven that were imported and one in the community, on Friday (Oct 30, 2020). The Covid-19 total now stands at 58,003. - The Straits Times/Asian News Network

SINGAPORE, Oct 30: Singapore's Ministry of Manpower (MOM) announced on Friday that the country's unemployment rate for overall in September reached 3.6 per cent compared to 3.4 per cent in August, reports Xinhua.

MOM said that weakness in Singapore's labour market is likely to persist as companies and workers continue to operate in an uncertain economic environment. Conditions for travel-related sectors continue to remain challenging, it added. 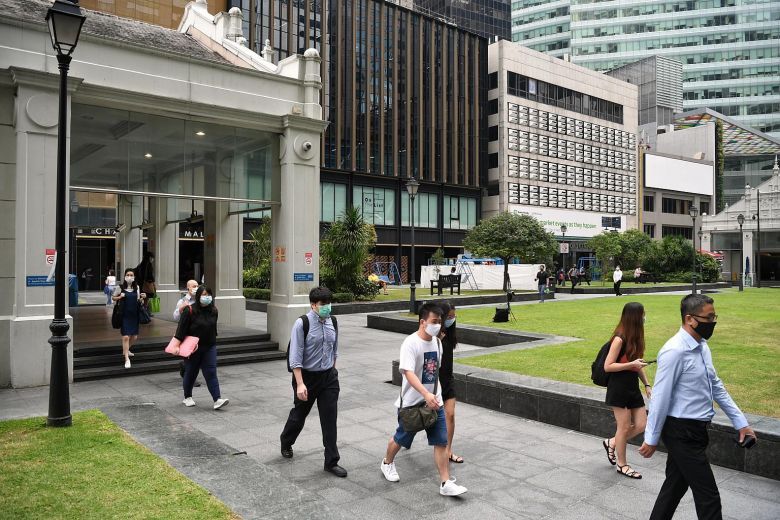 Singapore's Ministry of Manpower (MOM) announced on Friday that the country's unemployment rate for overall in September reached 3.6 per cent compared to 3.4 per cent in August. - The Straits Times/ANN

The Covid-19 issues in Singapore, however, is now well under control.

The Straits Times reported that there were nine new coronavirus cases confirmed as at Friday noon (Oct 30), taking Singapore's total to 58,003.

They included one community case and one from a workers' dormitory, said the Ministry of Health (MOH).

There were also seven imported cases who had been placed on stay-home notices on arrival in Singapore.

On Thursday night (Oct 29), MOH said that the number of daily coronavirus cases remains low, with none in the community or in migrant worker dormitories for two days in a row.

But there has been a slight uptick in the average number of new community cases.

The number of new cases in the community increased from an average of two cases two weeks ago to three in the past week, MOH added.

The number of unlinked cases in the community in a week also increased from one to three in the same period.

With nine cases discharged on Thursday, 57,884 patients have fully recovered from the disease.

On Thursday, total of 37 patients remained in hospitals, with none in intensive care, while 30 were in community facilities.

Singapore has had 28 deaths from Covid-19 complications, while 15 who tested positive have died of other causes.

Globally, the virus outbreak, which began in December last year, has infected more than 44.4 million people. More than 1.14 million people have died.