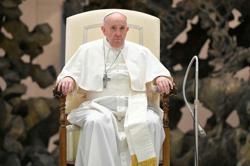 When One FM 91.3 DJ Simon Lim received a letter and a present in his studio, he was pleasantly surprised – until he realised the fan who had sent him the gifts had been on the verge of becoming the victim of a love scam and was nearly duped into parting with almost S$5,000 (RM15,300) in cash.

The Indonesian fan – 31-year-old Inayah Muhammad – had written to alert the Singapore Press Holdings radio DJ that a conman had stolen his identity and used his Instagram pictures to try and court her, with the motive to cheat.

In her letter to Lim dated Oct 7, she said she almost sent close to S$5,000 in cash which the man had asked her to transfer to his bank account, but had decided to hold back and do some checks on him.

It was then she found out she had nearly fallen for the conman’s ruse.

Inayah, who lives in Central Java and works for the Environment Ministry, said the scammer reached out to her in Google Hangouts.He introduced himself as “Simon Hyanth Lim”, and told tall tales about his life using a false profile on Instagram with the handle simon-hycinth.

This profile, which has since been removed, was filled with photos apparently pilfered from the real Lim’s public Instagram profile, simonlim.personality, to convince Inayah of his legitimacy.

Over several weeks, the man told Inayah, he was a recently divorced 50-year-old Singaporean marine engineer living in Britain.

The scammer kept on engaging the single mother of one through WhatsApp, showering her with love and affection.

“I thought that he was really handsome and we continued to talk, but I was alarmed when he refused to show his face over video call, ” Inayah said.

The scammer then started to demand money from her – first asking her early last month to transfer S$5,000 to him to purchase materials for an engineering project.

When she refused, the scammer scaled down the amount and asked her to transfer S$100 (RM300) a week later, to a Nigerian bank account. She did not do so. — The Straits Times/ANN