HONG KONG, Oct 23 (SCMP): Hong Kong’s four new coronavirus infections anticipated for Friday are all traceable, according to a medical source, as larger tour groups and wedding ceremonies resume in the city.

The latest infections will push the city’s Covid-19 case tally to 5,284, with 105 related deaths.

Thursday brought a number of imported cases to Hong Kong, including nine on the same Nepal Airlines flight, prompting health authorities to ban the carrier from entering the city for the second time in a month.

In a relaxation of social-distancing measures announced earlier this week and taking effect on Friday, local tour groups are now allowed to number up to 30 people, and as many as 50 for wedding ceremonies.

Travel agency WWPKG’s chief executive Yuen Chun-ning said his company had received more than 100 inquiries a day, and about 50 to 60 registrations, since the rules change was revealed, adding there would be a local tour of more than 10 people on Saturday.

“The response has been great, but it’s nothing compared to what we had for foreign tours before,” he told a morning radio programme. “Now we will start a trip with just 10 guests, sometimes operating at a loss.”

He said one-off, free testing for tour guides provided by the government would begin next week.

“Ideally of course we should test tour guides every time before they go on a trip, but I understand there are concerns about timing and costs,” Yuen said, adding coach drivers should also be included in the scheme.

Yuen said the industry was ready to welcome guests back on a large scale, as it had strengthened infection controls through measures such as providing sanitisers on coaches and limiting guests to sightseeing in groups of four when they arrived at tourism spots. - South China Morning Post 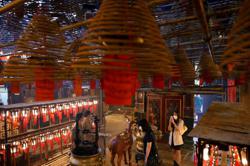 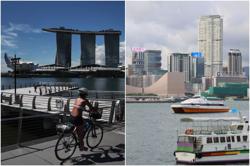