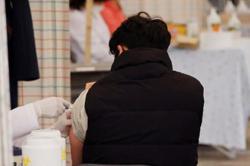 A woman gets an influenza vaccine at a hospital in Seoul, South Korea,on Oct 21, 2020.- Reuters

SEOUL (Reuters): At least 13 South Koreans have died after receiving flu shots in recent days, according to official and local media reports, ramping up fears about vaccine safety even as authorities rule out a link.

Health authorities said on Wednesday (Oct 21) they had no plans to suspend a programme to inoculate around 19 million people for free after a preliminary investigation into six deaths found no direct connection to the vaccines.

No toxic substances had been found in the vaccines, and at least five of the six people investigated had underlying conditions, officials said.

The deaths, which include a 17-year-old boy and a man in his 70s, come just a week after the free flu shot programme for teenagers and senior citizens was restarted.

The programme was suspended for three weeks after it was discovered that some 5 million doses, which need to be refrigerated, had been exposed to room temperature while being transported to a medical facility.

GC Pharma, LG Chem, SK Bioscience and Boryung declined to comment. Ilyang Pharmaceutical, Sanofi and GSK could not immediately be reached for comment.

South Korea had extended its seasonal vaccine programme this year to ward off any potential Covid-19 complications and overburdening hospitals over the winter.

Officials said 8.3 million people have been inoculated with the free flu vaccine since it resumed on Oct 13, with around 350 cases of adverse reactions reported.

The highest number of deaths linked to the seasonal flu vaccination was six in 2005, according to the Yonhap news agency. Officials have said it is difficult to make comparisons to previous years because of the greater numbers of people taking the vaccine this year. 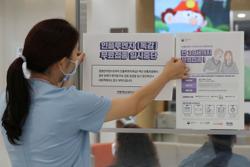