Singapore reports only 10 Covid-19 cases, nine imported and none in community 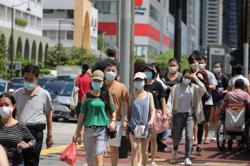 Singapore's MOH reported 10 new Covid-19 cases, on Tuesday (Oct 9,2020), nine of which were imported. There were no cases in the community for the third-day-in-a-row. Singapore's total tnow stands at 57,859. - The Straits Times/Asian News Network

SINGAPORE, Oct 9 (The Straits Times/ANN): There were 10 new coronavirus cases confirmed as at Friday (Oct 9), taking Singapore's total to 57,859.

There was one locally transmitted case in a dormitory, said the Ministry of Health (MOH).

There were also nine imported cases who had been placed on stay-home notices when they arrived in Singapore.

This is the third day in a row where there are no community cases.

More details will be released on Friday night, said MOH.

On Thursday night, MOH confirmed that a two-year-old Singaporean girl who returned from Nepal on Sept 25 was among five imported Covid-19 cases reported that day.

Among the others were a 31-year-old French engineer arriving from France on Monday for a short-term work project, and a 32-year-old Japanese national, who arrived on Tuesday.

The three were tested while they were serving their 14-day stay-home notices. None had symptoms.

The remaining two imported cases were crew members of a ship which arrived from Malaysia on Sept 23. They did not disembark and were isolated after one of them was confirmed to have Covid-19.

They were taken by ambulance to hospital after their test results came back positive.

There were no new cases in the community reported on Thursday.

Migrant workers living in dormitories made up the remaining four of the nine new coronavirus patients announced on Thursday.

Among them, one had been identified earlier as a contact of previous cases, and was already in quarantine. The remaining three cases were detected through surveillance testing.

As at Thursday night's report, the number of new daily cases in the community has remained stable at an average of one case per day in the past two weeks.

The number of unlinked cases in the community has also remained stable at an average of fewer than one case per day over the same period.

With 44 cases discharged on Thursday, 57,653 patients have fully recovered from the disease.

A total of 35 patients remain in hospital, including one in critical condition in the intensive care unit, while 119 are recuperating in community facilities.

Globally, the virus outbreak, which began in December last year, has infected about 36 million people. More than a million people have died. - The Straits Times/Asian News Network 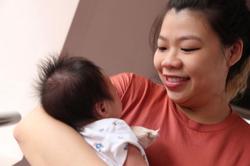