Postal workers gathering around a 1729 'Travancore Anchal' post box displayed at the Philately Bureau on occasion of World Post Day in Chennai on Friday (Oct 9, 2020). - AFP

India's death toll from the novel coronavirus rose past 100,000 last Saturday, only the third country in the world to reach that bleak milestone, after the United States and Brazil, and its epidemic shows no sign of abating.

The ministry said that India is seeing infections spread at a slower pace than last month, when daily infections touched a record high of 97,894 cases.

India is averaging more than 70,000 cases daily so far this month.

Since the pandemic began india has reported the second most total cases in the world behind the United States.

Health experts have warned that congregations during major festivals later this month and in November have the potential for the virus to spread.

Meanwhile, Soybean farmers in central India are seeking compensation from the government after a popular locally developed seed variety proved unable to withstand the erratic rains and pest attacks that hit the region this monsoon season.

Hundreds of farmers who lost huge swathes of their crops around the state of Madhya Pradesh protested for nearly two weeks in August - some banging metal plates and blowing conch shells, while others set fire to their ruined crops.

As climate change brings more erratic weather - and as popular high-yielding crop varieties prove unable to stand up to climate extremes - such protests are likely to grow around the world, and crop swaps will be necessary, climate experts said.

Santosh Nagar, who for 15 years has grown soybeans on his 8-hectare (20-acre) farm in Hinoti, north of the Madhya Pradesh capital of Bhopal, said his yield has never been as poor as it was this year. 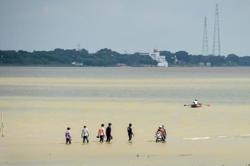 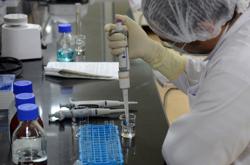