TOKYO (Bloomberg): Japanese Prime Minister Yoshihide Suga could call a general election either at the beginning of 2021, or after the Tokyo Olympics and Paralympics end in early September, according to a key political strategist.

Suga sparked renewed speculation about a swift vote by picking campaign consultant Hiroshi Miura, who specialises in election planning, as his breakfast guest the morning after he was installed as the new premier by parliament on Sept 16.

With only a year to go on the lower house term, Suga has little time to waste, though he has repeatedly said his current priority is tackling the virus and its economic fallout, rather than elections.

"The options are January, February or after August," Miura said in an interview this week. "Either way, I think he'll win."

Suga came into office with some of the highest support rates on record for a new prime minister, with a few heavyweights in his ruling Liberal Democratic Party (LDP) recommending a swift vote to take advantage of the solid footing.

However, opinion surveys show the public is against the idea, and although the opposition has recently consolidated, it does not look like it will be able to take over from the LDP any time soon.

Holding an election just ahead of, or during, a massive event like the Tokyo Olympics could cause a undesirable vacuum in management, Miura added. Leaving it until after the Paralympics, which end on Sept 5, would give Suga a window of only about two weeks until the Sept 21 deadline.

Japan's first new premier in almost eight years, the 71-year-old son of a strawberry farmer, takes charge of an economy that saw its biggest contraction on record in the April-June quarter as the virus hit consumption.

While Japan's Covid-19 death toll is by far the lowest of any Group of Seven country, the Cabinet's handling of the pandemic has often come in for criticism.

Since taking office, Suga has focused on policies with popular backing such as reducing mobile phone bills and extending health insurance coverage of fertility treatments, which has helped put his support rate in one major poll this week at more than 70 per cent.

Yet, clouds are gathering. Suga's refusal to accept some nominations for an academic advisory council, which were usually rubber-stamped by previous governments, has met with a backlash. Past Japanese premiers have often seen public support be quickly eroded by scandals, resulting in a prompt turn over of leaders.

"What he has now is not so much real support, but expectations," Miura said. "By responding to those expectations properly, one by one, he will gain real, settled support." 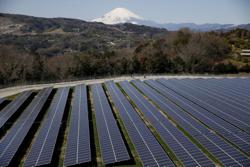