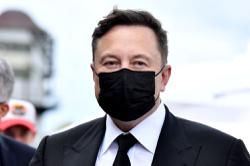 The Kiwigogo can carry two passengers and levitate at between 5 metres and up to 25 metres (82 feet), according to the specifications of a prototype displayed at the 2020 Beijing International Automotive Exhibition, which begins today in the Chinese capital. The drone-like vehicle, installed with eight turbofans, is developed by Xpeng Heitech, majority owned by the carmaker’s founder and chief executive He Xiaopeng.

“Xpeng’s efforts in the electric air-enabled mobility space will remain focused on R&D and experimental designs for the present,” the Guangzhou-based company said, adding that it does not expect material impact on its business. “Xpeng will evaluate prospects in the space in details before proceeding with any substantial investment in this area.”

Xpeng, making its debut at the premier exhibition of the world’s largest vehicle market, is not alone in dedicating resources towards research and development in related – or sometimes even unrelated – fields, in the hope that advancements can lead to improvements and enhancements in their core products. The Japanese carmaker Honda Motor has been developing a humanoid called Asimo since the mid 1980s while Toyota Motor Corporation rolled out its robot in 2017. 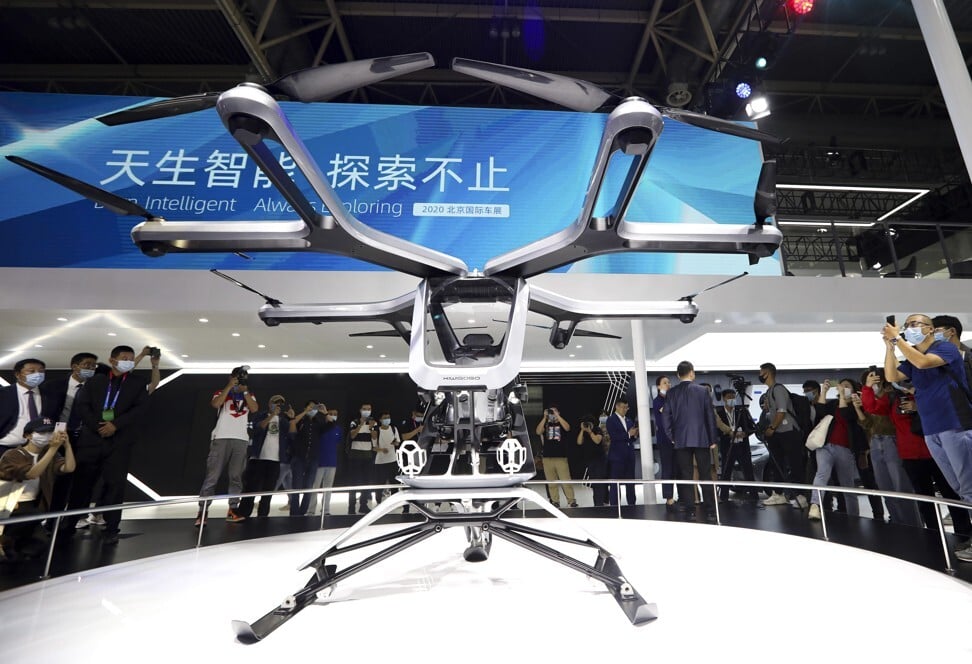 In the era of electric cars, manufacturers are taking their R&D into the so-called low altitude space, between 5 metres and 25 metres above ground where load-lifting drones and other aerial vehicles might one day roam.

Xpeng is not alone in this space either. Geely Automobile Group, the Hangzhou-based owner of Volvo Cars and the largest privately owned carmaker in China, has an all-electric flying vehicle called the X-Chimera 25 that runs on the road and flies like a plane, capable of carrying a payload of 6 kilograms.

Honda has its Fuzo, first seen in 2009, which resembles a futuristic drone with wheels and four high-powered turbofans that give the twin-seat vehicle its lift. 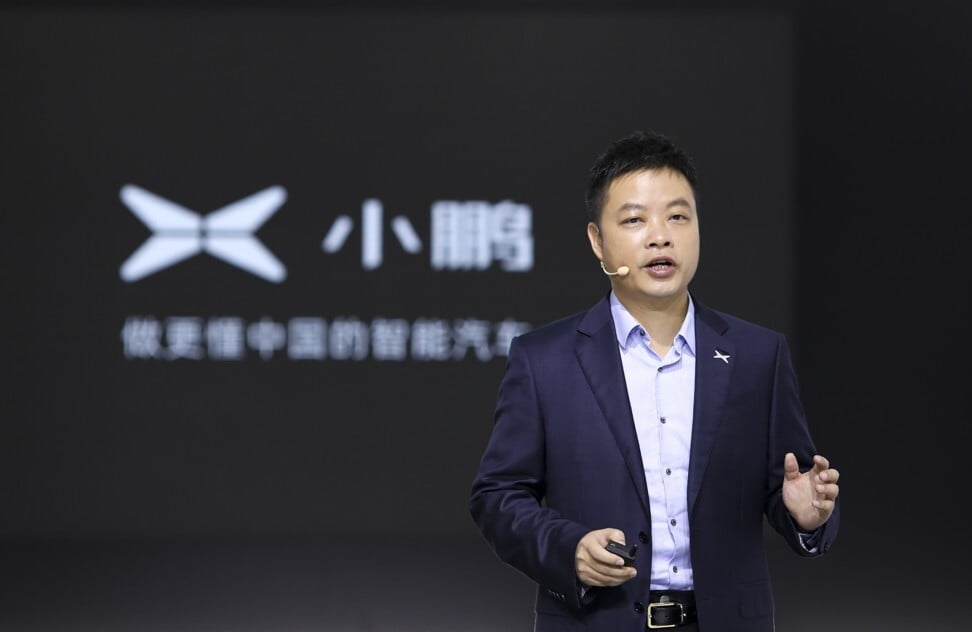 Competition is fierce in China, which surpassed the United States in 2009 as the world’s largest vehicle market. The country also has more electric cars running on its streets than anywhere else on the planet, spurred on by the government’s industrial master plan that aims for new-energy vehicles to make up 15 per cent of the market by 2025.

Xpeng has to compete with a bunch of start-ups and technology companies that have poured billions of dollars into research and production of electric cars. Shanghai-based Nio was the first of the start-ups, with a US$1.15 billion initial public offering in New York in 2018. Li Auto of Beijing raised US$1.26 billion in New York in July.

They all have to compete with Tesla, which is already selling made-in-China electric cars to local consumers from its US$2 billion Gigafactory in Shanghai, with hopes to export Model 3s to Asian markets. On top of that, automotive giants from Toyota to Volkswagen are forming alliances with Chinese suppliers and battery pack assemblers to build electric cars.

Toyota forged a partnership in June with Beijing Automobile Group, China FAW and three other companies to develop fuel cells for commercial vehicles. A month earlier, Volkswagen paid €1 billion (US$1.1 billion) for 26 per cent of Guoxuan High-Tech, becoming the biggest shareholder in a start-up to secure battery supplies for its electric cars. The German company also bought half of Anhui Jianghuai Automobile Group, to make electric vehicles.

Not to be out done, General Motors has rolled out an all-electric minicar called the Hongguang MINI through its SAIC-GM-Wuling venture. The petite vehicle, which can travel as far as 170 kilometres (105 miles) on a single charge, sells for less than US$5,000, a fifth of the cheapest Shanghai-made Tesla electric car.

Against all these competitors, Xpeng is putting a new assembly through its paces in Zhaoqing city in the Greater Bay Area in southern China. In 2018, Xpeng launched its first production model, the Xpeng G3 intelligent mini-SUV. It began selling the second model, the P7 four-door electric sedan, in April this year.

Heitech said it has secured 15 patents on its proprietary intellectual rights, having been in operation for seven years. Its levitating car, which has undertaken about 10,000 test flights to gauge its safety, is unlikely to come to fruition any time soon. - South China Morning Post