JAKARTA, Sept 18 (Jakarta Post/ANN): Indonesia has lost yet another senior government official to Covid-19 following the passing of the Jakarta administration's secretary Saefullah, who has spent the last 36 years of his life working for the capital.

Saefullah (pic) died at age 56 from irreversible septic shock and acute respiratory distress syndrome (ARDS) due to Covid-19 at 12.55pm on Wednesday at the Gatot Subroto Army Hospital (RSPAD) in Central Jakarta.

The Covid-19 transmission led to a severe infection of his lung tissue and his whole bodily system, causing irreversible respiratory failure and inadequate oxygen absorption, according to details from the administration.

"Today, the Jakarta administration lost one of its best leaders [...] Pak Saefullah was a good man, a hard-worker, someone who always prioritised completing the tasks assigned to him," Jakarta Governor Anies Baswedan said at Saefullah's wake at Jakarta's City Hall.

Prior to his passing, Saefullah had been on the frontline, day and night, in the city's fight against the Covid-19 pandemic, Anies said. He even attended meetings with the governor almost every day.

Anies said that on Monday last week, the secretary had to excuse himself from a plenary session with the Jakarta Legislative Council (DPRD) for the first time, saying that he did not feel well, before he was eventually taken to a hospital a few days later.

The senior city official had previously received treatment at the MMC hospital in South Jakarta since Sept. 8 before he was transferred to the city's Covid-19 referral hospital, Gatot Subroto Hospital, on Sunday. 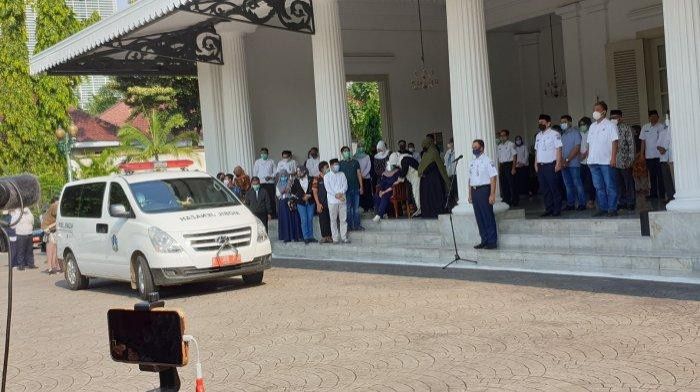 Saefullah was buried with Covid-19 protocols at the Rorotan cemetery in North Jakarta on Wednesday. He is survived by his wife and four children.

"He was the most active in providing supplements to his colleagues so they remained healthy. The person who always thought of other people's well-being, is now laid to rest," Anies said.

Saefullah, a Betawi native, was born in North Jakarta on Feb 11,1964. He started serving the city in 1984 as a teacher, before rising to become the deputy head of Jakarta's elementary education agency in 2008 and the head of the city’s sports and youth agency in 2009.

He was Central Jakarta mayor from 2010 to 2014 prior to taking the role of the capital’s regional secretary from 2014, serving under three different governors: current President Joko "Jokowi" Widodo, his replacement Basuki "Ahok" Tjahaja Purnama and current Governor Anies Baswedan.

President Jokowi, formerly Jakarta's governor from 2012 until he was elected president in 2014, conveyed his condolences on Wednesday in a statement issued by a spokesperson, saying that Saefullah had been "a close friend and colleague".

According to data released by the ministry on Friday, 114 more people have died of the disease, bringing the death toll to 9,336.

The total number of recovered patients has also increased to 170,774. The capital city recorded 1,258 new confirmed cases, bringing the total tally to 59,840.

The virus has spread to all of the country's 34 provinces.

The number of deaths which stood at 9,336 was the highest number of fatalities in South-East Asia. - The Jakarta Post/Asian News Network 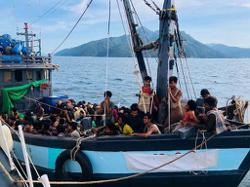 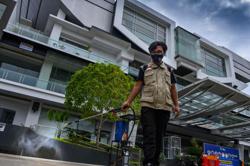