BEIJING, Sept 4 (SCMP): China’s internet watchdog has closed down 13,600 short video and live-streaming accounts, as the government doubles down on its campaign against food waste in popular online eating shows known as mukbang.

The Cyberspace Administration of China (CAC) said the accounts it shut down the past month were found to have breached the government’s policy against food waste, according to a notice posted by the agency on its WeChat account on Wednesday.

Mukbang, a Korean term that translates to “eating broadcasts”, initially gained popularity in South Korea in 2010 via online streaming channels such as AfreecaTV. It is a genre that has also become popular in China, where there is a vast audience hooked on short video-sharing services and live-streaming programmes on platforms like Douyin and Kuaishou.

While a growing number of streaming video content creators make a living by consuming large quantities of food on camera, they have become a target of criticism after President Xi Jinping last month called for an end to the country’s “shocking and distressing” problem of food waste. 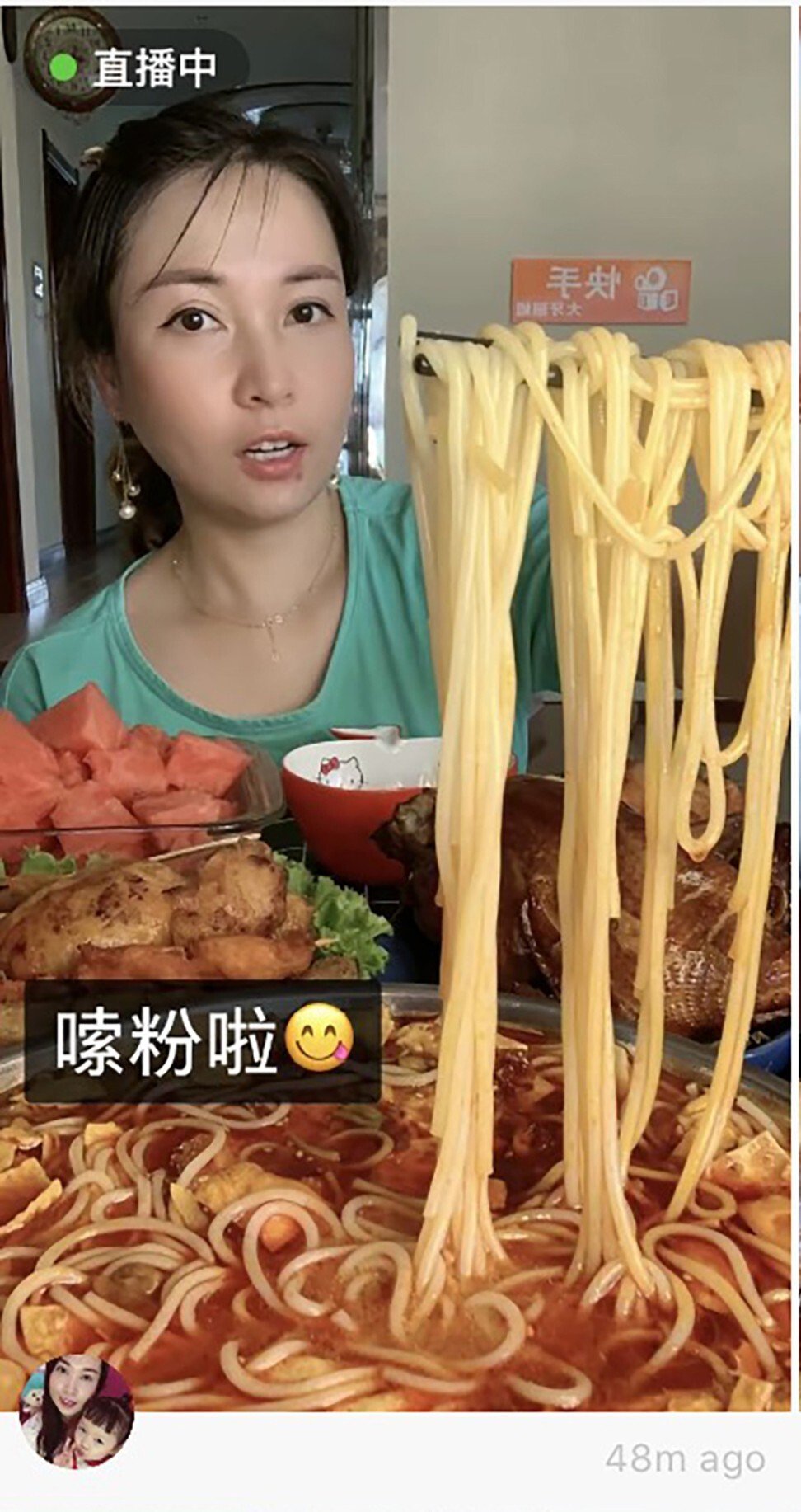 Popular short video-sharing service operators Kuaishou and Douyin did not immediately respond to separate inquiries for comment on Thursday.

The CAC’s latest crackdown marked the first time online eating shows were prominently mentioned by the agency among its various campaigns to rid China’s internet of illegal and lowbrow content.

In 2013, a year before the CAC was founded, Beijing launched its “Clean Plate Campaign” to curb food waste in the lavish feasts and receptions of government officials.

In the same week that Xi highlighted the problem, Chinese state broadcaster CCTV criticised online eating programmes that show participants consuming an excessive volume of food, and even spitting out the food after eating, describing them as “an extreme example of food waste”.

In response to the criticism, Chinese video-sharing app operators, such as ByteDance-owned Douyin, vowed to clean offending videos in their platforms.

Kuaishou and Douyin have each started to show a cautionary message above the search results if users look for certain keywords such as “eating show” or “competitive eaters” on their platforms. They remind users to “cherish food, and keep a reasonable diet” and say “no” to food waste.

On Chinese social media, the reaction to ban some online eating shows are mixed. While many support the government’s crackdown against food waste, others have questioned how the regulator determines which shows are authentic food review programmes and those that are not. - South China Morning Post