TOKYO, Aug. 4 (Xinhua): The Tokyo metropolitan government confirmed 309 new daily Covid-19 cases on Tuesday, according to preliminary figures as of 3:00 p.m. local time, with the figure marking the eighth straight day cases have topped 200 in the capital.

The latest figure followed 258 new Covid-19 infections confirmed a day earlier, when the figure dropped for two straight days, coming off record highs late last week, when the capital logged 292 cases on Sunday and a record daily increase of 472 on Saturday.

Of the 309 people testing positive Tuesday, 193 were in 20s and 30s accounting for about 62 percent of the cases, the metropolitan government said.

Tokyo's cumulative total stands at 14,022, with roughly 50 percent of new infections added in July alone, according to officials.

Tokyo has remained the epicenter of the outbreak in Japan with cases in July alone totaling 6,466, the highest figure for any month.

The metropolitan government has kept its alert level at the highest four-tier scale, meaning that "infections are spreading."

From Monday, the metropolitan government requested that bars, restaurants and karaoke parlors through the end of August close earlier to help prevent the spread of the virus.

The metropolitan government will provide each establishment abiding by the request to close their doors by 10:00 p.m. with a subsidy of 200,000 yen (US$1,900), although Tokyo Governor Yuriko Koike has urged Tokyoites to avoid eating out in groups and going to nighttime entertainment spots.

She said that a Tokyo-specific state of emergency declaration would be issued if the situation in the capital does not improve.

In addition, the Tokyo governor said that stores that have been recognized by the metropolitan government as adhering to the government's antiviral measures will display a sticker informing customers that the establishment is taking the requisite preventative measures.

Koike has asked for the cooperation of businesses and the public to promote the use of stickers. 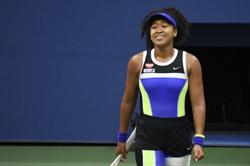 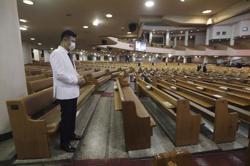