Friendly ties between China, Brunei going from strength to strength BANDAR SERI BEGAWAN, Aug 3 (Xinhua): Exchanges, cooperation and mutual help have enhanced the friendly relations between China and Brunei, as well as their militaries, Li Jianzhong, the defence attache of the Chinese Embassy to Brunei has announced.

Li made the remarks in his message celebrating the 93rd anniversary of the founding of the Chinese People's Liberation Army (PLA), which fell on Saturday.

China and Brunei have enjoyed a long history of exchanges and friendship, and are good neighbours facing each other across the sea, he said, adding that the military-to-military contacts between the two sides have been expanding and deepening throughout the years in various fields.

“Brunei Darussalam and the People’s Republic of China have enjoyed more than 2,000 years of exchanges and traditional friendship, and are good neighbours facing each other across the sea,” he said. 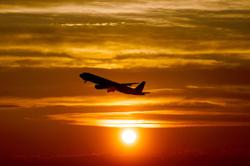