Royal Thai Police chief General Chakthip Chaijinda (third from right) and officials present the seized "ice" drugs during a press conference in Thailand's southern province of Narathiwat on July 3, 2020. According to the police the 1,400 kilograms of methamphetamine drugs were loaded in a truck carrying iron bars when intercepted by police in Narathiwat on July 2. - AFP

NARATHIWAT, July 4 (Bernama): Thai authorities seized 1.42 tonnes of ‘ice’ (methamphetamine) worth about 284 million Baht believed to be smuggled into Malaysia, on Friday (July 3).

Two Thai nationals from Nakhon Si Thammarat were arrested in connection with the seizure at about 2 am (local time).

"The suspects said they were paid 600,000 Baht to deliver the drugs to Narathiwat and this is the second time they have made a delivery,” he told a press conference here.

Preliminary investigations revealed that the two suspects were scheduled to deliver the drugs from Bangkok to Tak Bai on the Thailand-Malaysia border and to be handed over to a man before being smuggled into Malaysia. - Bernama 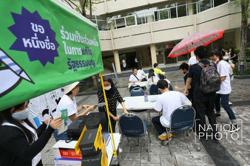 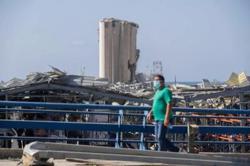 Thais assured that no ammonium nitrate is stored in Bangkok