Most Asian markets up on economy hopes despite virus fears

HONG KONG (AFP): Markets mostly rose in Asia on Wednesday (July 1) as investors looked past spiking virus infections and warnings of a US surge in the disease, with eyes on the economic recovery as countries press ahead with the easing of lockdowns.

Traders took their lead from another rally on Wall Street, which was lifted by a forecast-beating jump in US consumer confidence, while eyes were also on the release later this week of key jobs data out of Washington.

And while equities are considered unlikely to kick on unless a major breakthrough in a vaccine is made, analysts said the trillions of dollars in government and central bank support continues to provide support.

In the United States, Donald Trump's top virus expert warned Congress that new daily cases could more than double unless officials step up efforts to control the pandemic.

"Clearly we are not in total control right now," Anthony Fauci said.

He warned that a jump in infections in Texas and Florida are driving the daily national total to more than 40,000, and they need to be tamped down quickly to avoid dangerous surges elsewhere in the country, adding that the final death toll could be "very disturbing".

His comments come as some states reimpose measures only recently lifted, while reports of new clusters in several countries including Australia, Germany and Japan fuel worries of a second wave.

Still, there was a feeling that a return to widespread lockdowns seen earlier in the year was unlikely.

"The next couple of weeks may tell us much about how the rest of the pandemic develops as the renewed wave of the virus in some US states is starting to weigh on economic activity," said AxiCorp's Stephen Innes.

"But the restoring lockdowns so far are mostly concentrated on the service sector of the southern and western states. It certainty prolongs the rebound of the service sector, but the impact is much less than the first lockdown in March."

He added that some metrics indicated the death rate was much lower in the US.

"The optimist in me looks for potential drivers, including better medical treatment, healthcare systems that are no longer overwhelmed, younger patients, and mutation of the virus," he said.

In early trade, Shanghai was up 0.4 per cent, while Seoul rose one per cent, Sydney added 0.7 per cent and Singapore gained more than one per cent.

Taipei put on 0.8 per cent, though Manila, Wellington and Jakarta were all lower.

Tokyo went into the break with a loss after a closely watched Bank of Japan survey showed that confidence among the country's biggest manufacturers had hit its lowest level since 2009 during the global financial crisis.

Hong Kong was closed for a holiday, though investors were keeping tabs on the city on the anniversary of the handover to China and after Beijing introduced a sweeping security law to prevent further unrest in the financial hub after a year of protests.

Markets have surged about a fifth from their March lows, thanks to the easing of lockdowns, improving economic data and the huge financial support.

And Rodrigo Catril, of National Australia Bank, said the worry of missing out on further gains is playing a role in continued support for prices.

"The fear of missing out, along with the need to put cash to work against a stimulus deluge backdrop, continues to be the overwhelming force, notwithstanding worrying virus infection rates and warnings from experts," he said in a note.

Oil prices jumped more than one percent as investors cheered news that Saudi exports had tumbled in June, indicating it was sticking to a massive output agreement with other major producers including Russia.

It shipped 5.7 million barrels a day last month, compared with 6.2 million in May, a drop equivalent to seven full supertankers over the month. - AFP 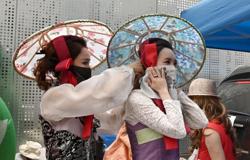 S Korea fears Covid-19 infections getting out of control 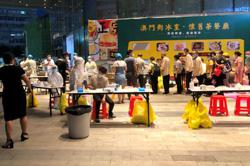 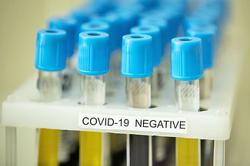