Giving a chance to people with disabilities

NGUYEN Nhat Minh Phuong in the past often gave donations to worthy causes or organised charity events for people with disabilities. But she realised one day that she wanted to do much more than that.

After quitting her job as a teacher because of a throat ailment that made it difficult to speak, Phuong noticed some paintings of her favourite flower, the lotus, which inspired her to make copper-wire artworks.

Though she had no professional art background, Phuong had already been making jewellery out of copper wire as a hobby for years.

So she decided to take those skills to make more intricate artworks, experimenting with different tones and colour combinations.

“During the day, I would make jewellery to sell and then would stay up late to work on my artwork. Some days, I only had four hours of sleep, ” the 33-year-old said.

At Shark Uma, the company that she opened less than two years ago in HCM City’s Go Vap District, visitors can see colourful portraits, landscapes and still life made with copper wire shaped to form hair, faces, leaves and other intricate details.

Phuong had attended or organised charity events to help disabled people for many years, but she found that simply cooking meals or giving gifts to disadvantaged children did not really solve their problems. 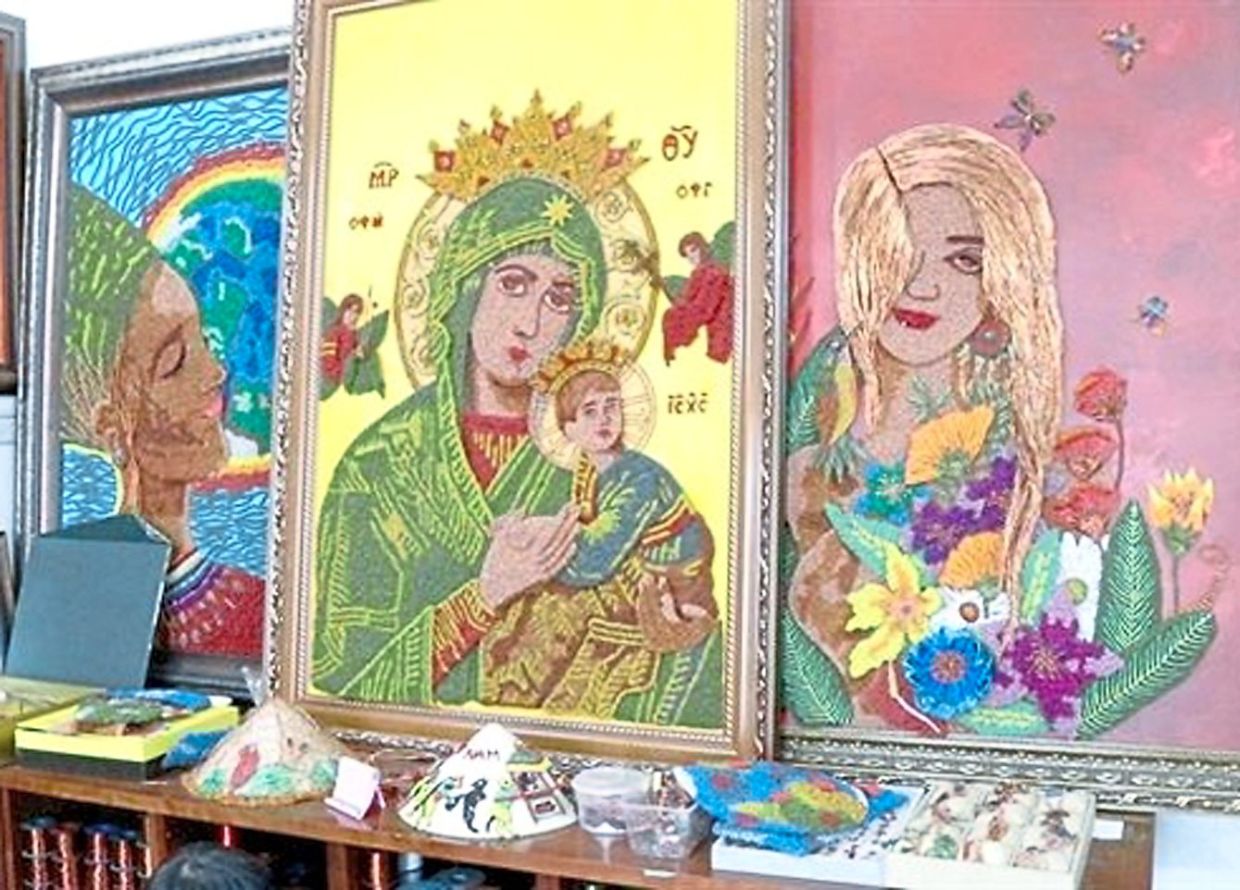 Two artworks made with copper wire.

She then decided to teach them handicraft so they could earn their own living.

Through word of mouth as well as forums for people with disabilities, Shark Uma recruited employees who were taught craft-making skills, beginning with shapes, patterns, colours and materials.

For the pictures, components made with copper wire are put together and adjustments are made later, if needed.

Because copper wire in Vietnam has a dark colour to better conduct electricity, Shark Uma has to import more colourful wire.

The shop also uses aluminium and zinc wire, as well as gems and beads to make more detailed art.

Phuong works with her staff closely, helping them with small steps, while communicating with sign language with certain employees.

“Training others is difficult and requires a great deal of patience, particularly since many of them initially knew very little about art.

“At first, they thought they could never do it. I had to help them with the most basic steps and motivate them, ” she said. — Vietnam News/ANN