BANGALORE (The Straits Times/ANN): An Indian environmental court has held a South Korean company liable for loss of life in a toxic gas leak on May 7.

The deadly leak occurred in a factory operated by LG Polymers near Vishakapatnam, in the southern Indian state of Andhra Pradesh.

Eleven people died and thousands were exposed to styrene gas that leaked from the plastic factory as it was preparing to reopen after a six-week closure during the nationwide lockdown.

The early morning leak impacted villages in a three-kilometre radius. Police and disaster management crew evacuated over 1500 people suffering from breathlessness and nausea.

The National Green Tribunal, which hears cases related to the environment, took up the case a day after the leak and imposed a fine of 500 million rupees (S$9.28 million) on the company.

The Tribunal has now held LG Polymers liable for loss of life, effect on public health and ecological damage caused by the gas leak at its factory. The fine would go towards ecological restoration and compensating the victims.

The court directed the Andhra Pradesh government to identify those who allowed LG Polymers to operate without statutory environmental clearances and take appropriate action against them.

"We direct that if any such statutory clearances are granted and the Company proposes to recommence, this aspect must be brought to the notice of this tribunal so that compliance of law is ensured," the Tribunal said.

It will hear the case again on Nov 3.

The Tribunal ordered the company to foot this and all medical bills.

A five-member expert committee from the Tribunal observed that LG Polymers India and its Korean principal LG Chem had betrayed lack of experience in maintaining the full tanks of styrene that lay idle during the lockdown.

The report said: "Even the storage tank from which the gas leaked was of old design and this possibly contributed to the problem. It added that "the main cause" of the leak was operators and industrial persons not being aware of control measures in such a situation.

The Tribunal asked the Indian government to suggest ways to prevent such gas leaks and ensure hazardous factories are inspected more often.

LG Polymers has been operating since 1997 in Venkatapuram village. Last year, it admitted in an affidavit to not ever having obtained environmental clearance.

Such clearance from the environment ministry is mandatory for hazardous industries to operate in India and is given after the unit's impact on the air, soil and water is assessed and the locals are consulted.

The company has challenged the Tribunal's jurisdiction to investigate the incident in the Supreme Court.

The Andhra Pradesh high court had earlier ordered the government to close the factory, seize the premises and prevent the company's directors from leaving India. - The Straits Times/Asia News Network 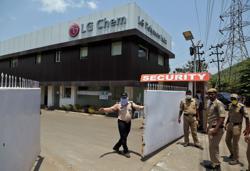 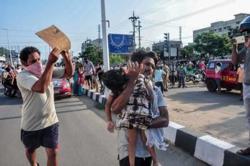 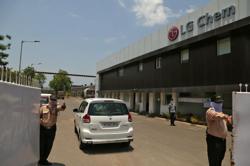