BANGKOK: Thailand reported one new Covid-19 (coronavirus) case on Saturday (May 30) and no new deaths, taking the total number of infections to 3,077 as local transmission of the new virus appears to wane.

The new patient arrived in Thailand via a land border with Malaysia earlier this week and has been in quarantine, said Panprapa Yongtrakul, a spokeswoman for the government's Centre for Covid-19 Situation Administration.

Local infections have significantly slowed and over the last two weeks, 43 of 52 new cases were Thais who had arrived from abroad, Panprapa added.

The coronavirus has killed 57 people in Thailand since it was first detected in January.

In another government announced, from Monday (June 1), the curfew will be reduced to 11pm to 3am, from the current period of 11pm to 4am, National Security Council Secretary General Gen Somsak Rungsita said.

The curfew is being cut in phases after it was initially imposed on April 3 for the period between 10pm and 4am.

However, the country would remain closed to foreigner visitors due to concern over the spread of Covid-19 from abroad, said Somsak.Inter-provincial travel will be allowed to restart on June 3 for those who had necessary journeys to make, he added. 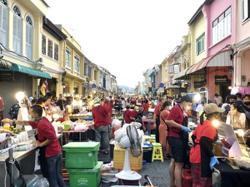 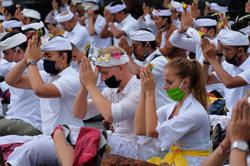