JAKARTA: Indonesia has extended the shutdown of the Komodo National Park in East Nusa Tenggara province as the Covid-19 (coronavirus) continues spreading in the country, an official said on Saturday.

The park situated in Manggarai district has been closed since March 22 and had been scheduled to be reopened on May 29, still the Komodo National Park Office extended the closure, Director of the Park Lukita Awang Nistyantara said.

The extension, he said, aims at protecting the staffs and the residents living in the compound of the park from transmissions of the flu-like disease.

Concerning the period of the extension, the director conceded that he was not certain as the virus keeps spreading in the country, citing that the park would be reopened based on the result of an evaluation on the situation that would be carried out by the government.

"The Komodo National Park is still transiently closed until further notice," he said.

A ban was also imposed on the entry of cruise ships which carry several passengers to the popular tourist destination, Nistyantara was quoted by local media as saying.

The park's closure was initially aimed at allowing the authorities to carry out conservation and rehabilitation programs in the park, following the smuggling of 41 Komodo dragons to three nations in Southeast Asia, to boost the population of the species and protect them.

Partial lockdowns along with physical distancing policies remain in place in Indonesia to curb the transmissions of the Covid-19. 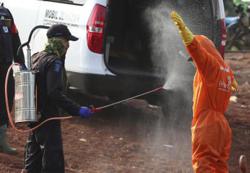 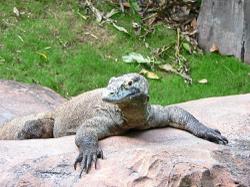 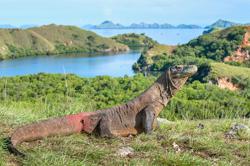 Indonesia's Komodo National Park reopens after shutdown due to Covid-19 as 1,198 cases and 34 deaths reported