State Councilor and Foreign Minister Wang Yi met the press on the sidelines of the 3rd session of the 13th National People's Congress (NPC) at 3 pm Sunday afternoon. He took questions regarding China's foreign policy and diplomatic relations via video link.

On the COVID-19 pandemic

The most important lesson that can be learned from the COVID-19 pandemic is that people’s lives and health are closely connected with each other's and that all countries are in the same global village, Wang said.

Wang said all countries should transcend their differences and work together to overcome the novel coronavirus, instead of political manipulation, seeking benefits at others’ expense or ignoring science. (Read more)

A political virus that is trying to attack and slander China regardless of basic facts is spreading in the United States, Wang said.

Wang said the US has made up so many lies and brewed so many plots about China that they can be compiled into a collection.

Given that the COVID-19 has taken so many lives around the world, Wang urged China and the US to learn from each other and share their experience on combating the virus to help the anti-epidemic efforts in both countries. (Read more)

Globalization, multilateralism and global governance should be championed and optimized in the post COVID-19 pandemic world, Wang said.

Wang said the development of human history is punctuated with triumph against major disasters. "So long as we make the right choices and follow the right path, we will embrace a bright future," he said.

"We need to mitigate the unbalanced regional developmental issues and inequality created by globalization," he said. "But the issue of globalization needs to be solved with globalization." (Read more)

A joint fight by China and Russia against the novel coronavirus will give a strong boost to bilateral relations, Wang said.

China is willing to work with Russia to turn the crisis into an opportunity to maintain the stability of cooperation in energy and other traditional fields, and accelerate cooperation in new areas, such as e-commerce and medicine, to make new engines of economic growth after the COVID-19 pandemic, Wang said. (Read more)

China has been offering assistance to other countries to fight COVID-19 with the sole intention of trying to save as many lives as possible, Wang said.

Wang said China never seeks any geopolitical economic interests through such assistance, neither does it attach any political strings to the assistance.

China has provided assistance to about 150 countries and four international organizations, held video conferences to share disease treatment and control experience with more than 170 countries, and sent teams of medical experts to 24 countries, according to Wang. (Read more)

On National security legislation for HKSAR

Wang said the draft decision to establish and improve a legal framework and enforcement mechanism for safeguarding national security in Hong Kong, which has been submitted to the third session of the 13th National People's Congress for deliberation, aims to punish the small minority of people who jeopardize the national security.

It will not influence the high autonomy of the SAR, the rights and freedom of Hong Kong residents as well as the legitimate rights and interests of the foreign investors, he added. (Read more)

On origin of virus

The history should be based on facts and truth instead of being misguided and contaminated by lies, Wang Yi said, refuting some US politicians' efforts to politicize and stigmatize attempts to find the origin of the novel coronavirus.

Wang called for conscientious and rational efforts to leave an objective and true memory of the COVID-19 pandemic for the whole mankind.

China views the international scientific research into the origin of the virus with an open mind, but the process should be conducted in a professional, fair and constructive way, he said. (Read more)

China and the European Union are not ideological competitors, but are strategic partners sharing many interests and aspirations, Wang said.

"The most important lesson from the relationship is that both sides can build mutual trust through fair dialogue, and handle differences through constructive exchanges," he said.

"China and the EU do not have fundamental conflicts of interests. China-EU interactions are a mutually beneficial positive cycle, not a competition where one side loses and the other side wins," the minister said. (Read more)

Beijing will not accept lawsuits from other countries on losses from COVID-19 and such attempts to infringe on China's sovereignty and dignity are doomed to failure, Wang said.

China, like other countries, is also a victim of the pandemic, he said. (Read more)

On China, Japan and ROK cooperation

China, Japan and the Republic of Korea should continue their cooperation to contain the COVID-19 outbreak and work together to resume their business operations and ensure stable supply chains, Wang said.

The three countries have been working closely to control the outbreak, and their people have been looking out for and helping each other to overcome COVID-19, which has set an example for the world in fighting the pandemic, Wang said.

The three countries also should cooperate to improve regional economic cooperation by measures such as reducing tariffs and opening markets to each other, Wang said, calling for them to work to get the Regional Comprehensive Economic Partnership signed this year. (Read more)

On the tasks of Chinese diplomacy in 2020

China will be firmer in its determination and take much stronger measures to safeguard its national sovereignty, security and development interests and resolutely prevent the external forces from interfering in its domestic affairs, Wang said.

Speaking of the tasks of Chinese diplomacy in 2020, Wang said the country will also strive to maintain the stability of the global industrial chains, promote trade liberalization and facilitation to counter the downward pressure on the world economy.

While consolidating partnerships with the rest of the world, Wang said the country firmly supports multilateralism, particularly in enhancing the global health governance, backs the World Health Organization in playing a leading role in the fight against COVID-19, and commits to the building of a global health community. (Read more)

China will work with G20 members to implement the Debt Service Suspension Initiative to ease the debt burden of African countries and continue helping the continent to combat COVID-19, Wang said.

China is also considering supporting African nations under the greatest strains through bilateral channels to get through the difficult period.

China will offer more anti-epidemic assistance to African countries, as well as other developing nations, send more medical experts teams to the continent and accelerate the construction of the headquarters of the Africa Centers for Diseases Control and Prevention, he said. (Read more)

Wang pledged efforts to gradually resume normal exchanges with other countries and adopt forceful measures to bolster international win-win cooperation in helping the country win its war against poverty.

Wang said that China's development is faced with extremely complicated external challenges, and the Foreign Ministry will work to minimize the shock from the pandemic over the safety and health of the people and socioeconomic development. (Read more)

On China's approach of diplomacy

China will never seek international hegemony, and will always stand by the common interests of all countries, Wang said.

China has always adhered to an independent foreign policy of peace, and will champion world peace and common development, Wang said, rebuking comments that China is adopting a "wolf-warrior" approach of diplomacy.

The Chinese people cherish peace, and China will never take the initiative to bully others, Wang said. It will, however, hit back powerfully at intentional defamation, he added. (Read more)

On the WHO role

Smearing the World Health Organization during the COVID-19 pandemic runs against the humanitarian spirit and will not be accepted by the international community, Wang said.

The WHO is an organization dedicated to public health under the United Nation. "The reputation of WHO will not be tarnished by some countries' smearing efforts," Wang said.

At every critical juncture of the epidemic, the WHO has promptly issued professional advice based on scientific evidence. "Those that have followed the WHO's advice have relatively handled the COVID

On Belt and Road

Infrastructure and public well-being projects under the Belt and Road Initiative have played an important role for partner countries during the COVID-19 pandemic, Wang said.

Wang said that looking into the future, the joint building of the Belt and Road will be conducted on a more solid foundation, with more vitality and broader prospects after the pandemic.

According to Wang, China-Europe freight trains have transported 8,000 tons of materials used to help combat the virus from January to April. (Read more)

On ties with ASEAN

China stands ready to further improve the level of economic integration with the Association of Southeast Asian Nations with joint efforts to enable the signing of the Regional Comprehensive Economic Partnership this year, Wang Yi said.

Wang said that China will continue to see ASEAN as a priority in its neighborhood diplomacy and support the central role of the trade bloc in East Asian cooperation.

The two sides must step up cooperation in reopening businesses and make up for the losses caused by the COVID-19 pandemic, he said. (Read more)

China is glad to see continuous interaction between the leaders of the United States and the Democratic People's Republic of Korea, and hopes the two sides will resume meaningful dialogues at an early date, Wang said.

The DPRK has taken positive measures to promote de-escalation of tension and denuclearization on the peninsula, but it is regrettable that such moves meet no response from the US, which is the main reason for the ongoing stalemate of their dialogue. (Read more)

On opposing official interactions with Taiwan

In response to a question about Taiwan, Wang said one-China principle is the common consensus of the international community, and also constitutes the political foundation of bilateral ties between China and the countries having diplomatic relations with it.

China firmly opposes countries taking anti-epidemic measures as an excuse to develop official relations with the island, which is an inalienable part of China, he said, and it opposes the violation of "one-China" principle to seek international space for Taiwan. (Read more)

It's "totally ungrounded" to assume that China is expanding its presence in the South China Sea during the COVID-19 pandemic, Wang said.

Wang said the truth is that China is focusing on cooperating with ASEAN countries to fight the pandemic.

The situation in the South China Sea keeps getting more stabilized and better, Wang said, adding that China and ASEAN countries are making progress in marine cooperation. (Read more)

The Foreign Ministry and its embassies and consulates have conducted a special campaign worldwide to help the overseas Chinese nationals fight against the COVID-19, Wang said.

Wang said the ministry has coordinated with more than 20 teams of medical experts to provide guidance for overseas Chinese and has sent over one million health kits to Chinese students studying abroad. (Read more) 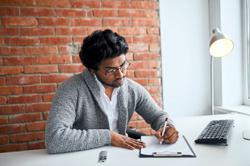