BEIJING, May 24 (China Daily/ANN) - China's decision to place employment at the top of its agenda and abandon a GDP growth target indicates that policymakers will put more efforts into counteracting shocks from the novel corona virus pandemic, balancing short-term stimulus with long-term sustainable development, according to policy advisers.

Considering the impact of the COVID-19 pandemic, safeguarding employment and people's livelihoods is a more important issue than setting a specific GDP growth target, Yang Weimin, former deputy head of the Office of the Central Leading Group on Finance and Economic Affairs, said on Saturday.

If the employment targets can be achieved, the resources of all of society can be fully utilized, and the real GDP growth rate will be able to reach the potential growth level, Liu Shijin, deputy director of the economic committee of the National Committee of the CPPCC, said on Saturday.

It is possible that the government may no longer set an annual GDP target in the future, but use other indicators, such as employment, consumer prices, risk prevention and personal income, to guide high-quality development, Liu added.

As short-term stimulus measures, fiscal and monetary actions could focus on getting production levels back, mitigating risks and on providing financial relief, he said. "The monetary policy should primarily safeguard ample liquidity and prevent systemic risks."

Financial relief is mainly for small and medium-sized enterprises, which, after being severely hit by the virus, face tight financial conditions and pressure to cut jobs, said Liu, who suggested accelerating development of the digital economy and fostering technology innovation to stabilize growth.

The central government will raise funds to support GDP growth by extending the deficit-to-GDP ratio to more than 3.6 percent, with a deficit increase of 1 trillion yuan ($140 billion) over last year, and 1 trillion yuan of special treasuries to control the COVID-19 pandemic.

A special transfer payment mechanism will be set up to ensure that funds go straight to prefecture and county governments and directly benefit businesses and people. These funds should be primarily used to ensure employment, meet basic living needs, and protect market entities, according to the Government Work Report.

Wang Zecai, a researcher at the Ministry of Finance's Chinese Academy of Fiscal Sciences, said that the fiscal actions, especially for the extended fiscal deficit, will become an important way to leverage more funds and boost economic growth.

Despite unemployment pressure, companies still face difficulties in growth and risks in the financial sector, according to the Government Work Report.

Hu Xiaolian, chairwoman of the Export-Import Bank of China and a CPPCC National Committee member, said that financial institutions should strengthen support for smaller businesses, while preventing financial market volatility arising from external shocks. Speculative trading of high-risk financial products should be limited to reduce risks. 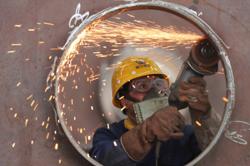 China's GDP growth this year could be 3%, a central bank member estimates