PETALING JAYA: Yes, a mobile 4G brand under YTL Communications, is supporting seasoned motorsport driver Henri Richard to compete in Round 9 of the Porsche Carrera Cup Asia at the Sepang Circuit.

Richard will drive the Porsche 911 GT3 Cup car, with specially designed Yes livery, during the race on Sunday.

The Porsche Carrera Cup Asia is into its 13th season, raising the bar higher with a strong line-up of elite racers.

According to YTL Communications chief executive officer Wing K. Lee, this sponsorship “is a natural alliance since Yes is about delivering high-speed 4G mobile Internet service in Malaysia”.

“Among the participating talents in this season’s competition, Richard is one of the finest professional motorsport racers… We are honoured to support Richard with a specially designed Yes livery for his race car.

“The Porsche 911 GT3 Cup car which Richard will be driving is the latest version of the world’s most legendary race car. It accentuates performance and innovation that Yes stands for.”

Richard, who has been racing since he was 14, is delighted to be backed by Yes.

“I’m beyond impressed by the nationwide coverage of its 4G network in Malaysia and its always-on high-speed connectivity.

“As a racer, I value reliable performance and innovation, and I find these attributes in Yes,” said Richard, who raced Porsche 911 Carrera S in local rally events in France soon after he got a driving licence. 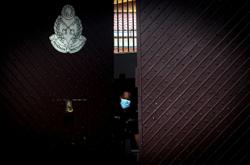