PETALING JAYA: With the rising cost of living and the weakening ringgit, Malaysians can no longer rely on foreign domestic helpers but look for alternative solutions.

Experts have proposed other options that families could take instead of continuing to fork out more to employ maids, especially those from the Philippines and Indonesia.

“They can come in to clean the house two or three times a week. We need to look at this kind of choices instead of just relying on foreigners,” said Dr Tan, who conducts research on the impact of foreign domestic workers in Malaysia.

He also suggested a platform to connect undergraduates and school leavers with part-time job opportunities.

“We are looking at undergrads and school leavers who can do the job. If we can connect them with work opportunities we can reduce our dependence on domestic workers,” 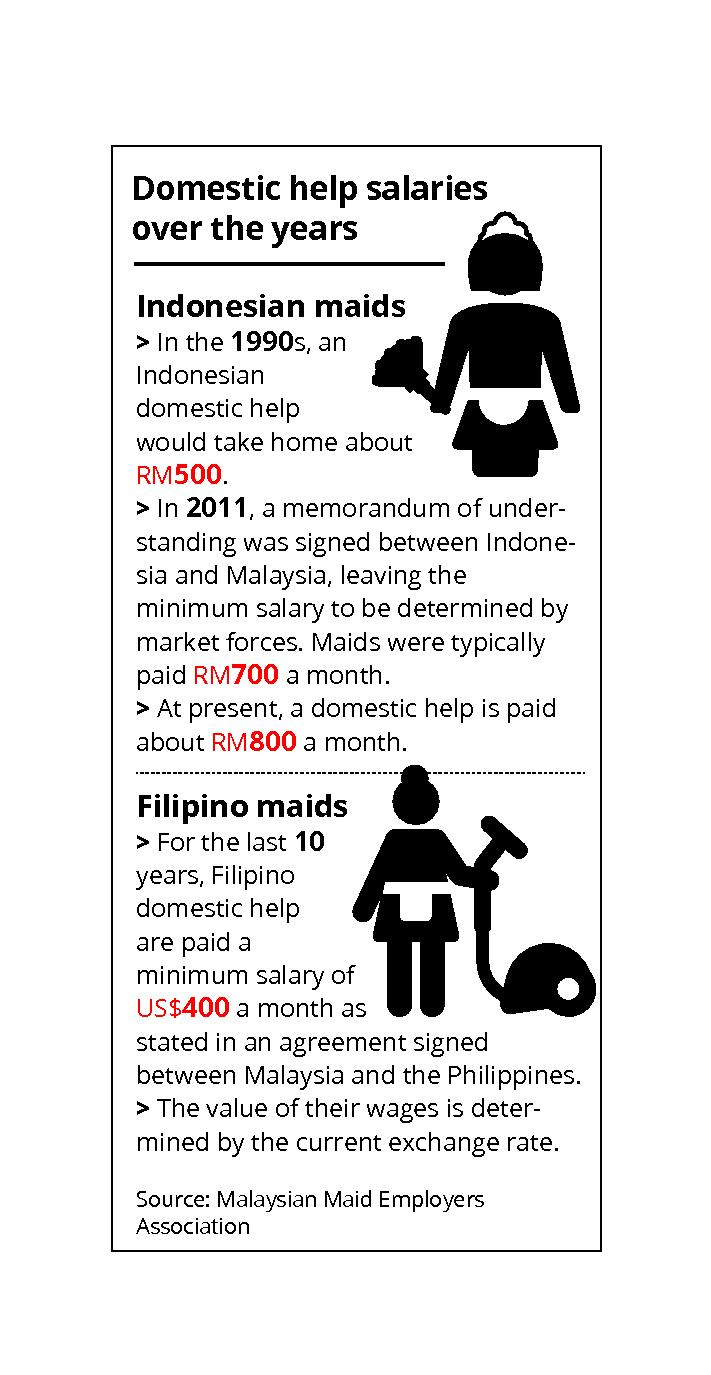 “We cannot continue to depend on them. With the currency depreciating they will surely ask for more,” he said, adding that many employers tended to give in to raises if demanded, as the cost of retraining would be high and time-consuming.

“Many domestic workers have been exploited and abused here. Some end up working in restaurants, small industries, and even the sex trade despite being told they are here for domestic service.

“If you feel that hiring a foreigner is expensive, do it yourself. If we can find local domestic workers, it will also limit the amount of cash in remittances leaving the country, which is better for the economy.

“We should also give some opportunity to earn extra income to Malaysians who are willing. But they must be paid accordingly. People prefer foreign workers because it’s easier to exploit them, but if we hire local people it would be much harder to do such things,” he added.

“We will see some impact in terms of quality of life. The question is whether the weakening ringgit will persist or hopefully reverse the trend, which is subject to a lot of external and domestic factors.”

He said that when it came to hiring locals, it depended on whether the employer would be willing to pay more.

“We rely heavily on cheap foreign labour in certain service industries. Even with the weaker ringgit they will still come here due to demand. If the ringgit trend continues on a sharp downturn, employers may consider hiring locals but it depends on the new inflow of foreign labour and the salaries they ask for.”

The cost of hiring a domestic worker in Malaysia has risen, with domestic workers from the Philippines earning a monthly wage of US$400 (RM1,720). The ringgit’s tumble has forced employers to fork out more.

If such a trend continues, the rate may be adjusted again.

Indonesian domestic workers, too, will be getting a pay hike if the proposal from the Indonesian Government goes through – Indonesia is expected to ask for the monthly salary to be raised to RM1,200 from the present RM800.

Based on research done by Dr Tan, the net loss to the economy of employing a domestic worker is about RM950 monthly, or a total loss per year of RM8.5bil, based on the estimate of 750,000 domestic workers who are here both legally and illegally.