SHAH ALAM: Malaysia's World Cup qualifying Asian Zone Group A match against Saudi Arabia was halted before time after a group of supporters threw objects onto the pitch.

A group of fans known as Ultras Malaya launched flares and fireworks onto the pitch during the 87th minute. 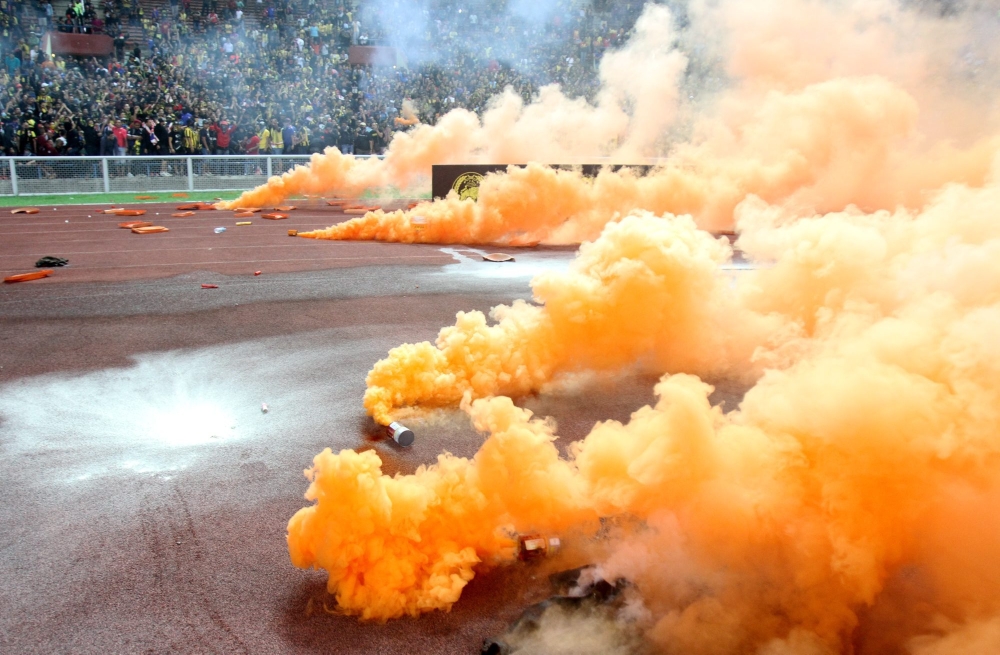 Saudi were leading 2-1 at this point, with Malaysia's lone goal scored by Mohd Safiq Rahim in the 70th minute.

Some fireworks even reached the grandstand where fans were seated, causing them to run for cover.

At the same time, Saudi fans could be seen running to the exits. It is believed that there were some fans causing trouble in the stands.

The Ultras were apparently protesting against FAM after the 10-0 mauling by the United Arab Emirates last Thursday.

The match has been officially abandoned by match authorities.

Youth and Sports Minister Khairy Jamaluddin blamed the Football Association of Malaysia (FAM) and certain irresponsible fans for causing the match to be halted.

He said FAM had lost control of their own stadium, pointing the finger at poor stadium security.

"FAM lost control of their own stadium. Fans throwing flares were wrong. Both at fault tonight," Khairy said in a tweet, which was retweeted more than 3,000 times.