GEORGE TOWN: The green turtle laboured out of the sea, made its way up the beach, made a dry nest and then followed up with its primary nest about 2m away.

It was nature taking its course but it left many awestruck.

The beach was in the thick of the Batu Ferringhi tourism belt and it was the first time in 20 years that a turtle had laid eggs there.

The reptile surfaced at about 5am yesterday and crawled till it was less than 3m from the edge of Golden Sands Resort before making its dry nest, a ruse to trick scavengers. It then laid 140 eggs in its primary nest.

Resort workers who were alerted by a dog’s incessant yelping went down to the beach and were struck with wonder. 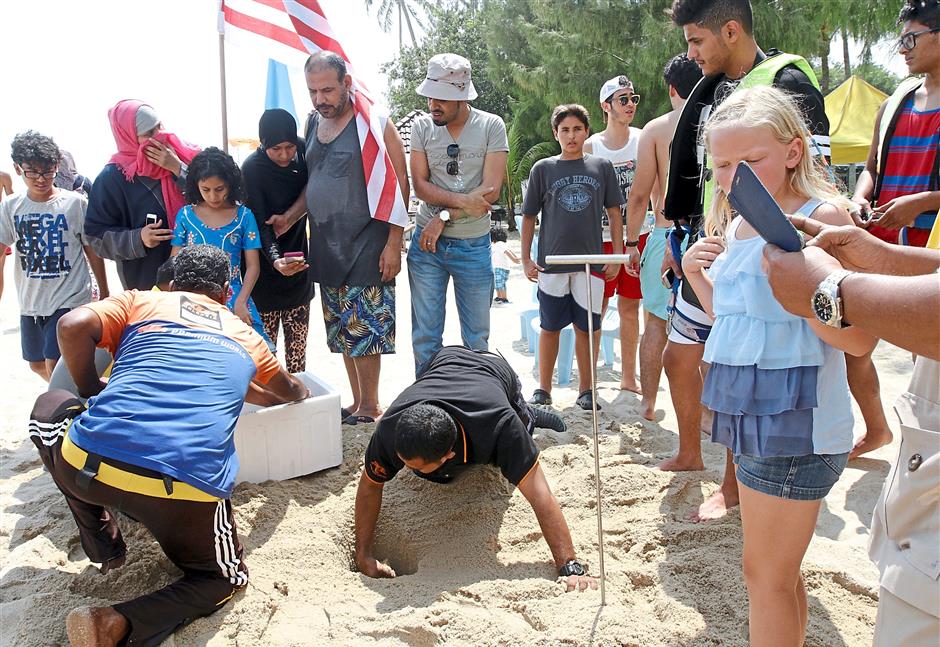 First time in 20 years: Members of the fisheries team carefully locating the turtle eggs and transferring them into a polystyrene box (below) as tourists look on at Batu Ferringhi in Penang. — GOH GAIK LEE/ The Star

He took a video of the turtle burying its eggs before it returned to sea.

“It was so big! The head was as large as a watermelon, and I saw the turtle shed tears after laying the eggs,” Azmin said after giving his video recording to The Star.

Green turtles are actually brown with whitish undersides but get their name because their body fat is the colour of jade.

M. Gandhi, 50, who has been working at the Batu Ferringhi beach for over 20 years, claimed to have seen two false crawls in the last two weeks.

“I haven’t seen this here for about 20 years. When I was a child, we would go early to the beach for many days after seeing the first turtle tracks.

“The turtles will make a few false crawls before they finally lay eggs,” he said. 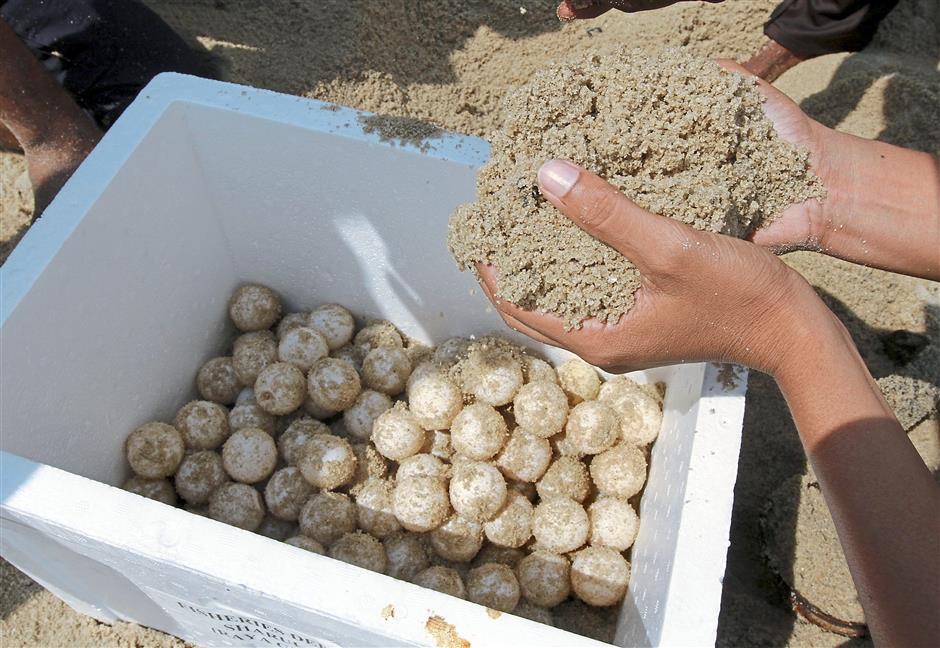 The fisheries team used coconut shells and gingerly dug a narrow pit just 20cm in diameter and almost a metre deep before locating the eggs.

They quickly transferred the eggs into a polystyrene case, taking care to envelop each egg in sand. Three eggs were damaged in the process.

The team will incubate and hatch the remaining eggs at the Pantai Kerachut Turtle Sanctuary on the northern edge of the island.