Student ploughs into police patrol car and speeds away

KUALA LUMPUR: Dashboard camera video footage of a hatchback vehicle ploughing into a police patrol car before speeding off has gone viral on social media.

The video shows the police car driving on the left lane with another car on the right along the two-lane road.

A speeding Volkswagen Polo car was seen overtaking the vehicle with the camera on the left lane, and was unable to stop in time to avoid a collision.

It ploughed straight into the police car, which spun out of control and rammed into the road barrier.

The speeding vehicle then fled from the scene. 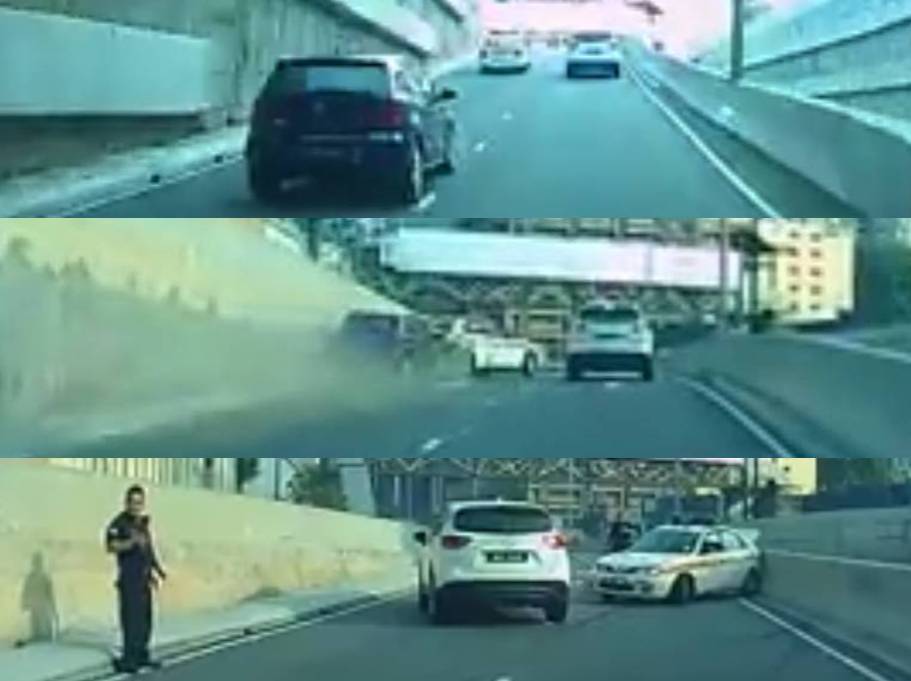 A sequence of pictures taken from the video.

"Two policemen were on patrol along Jalan Pudu heading towards the city when the Volkswagen Polo was reported to have lost control and rammed into it.

"The collision caused the police car to spin before it hit the barrier," he said, adding that both policemen in the vehicle suffered minor injuries.

He said the 21-year-old college student who was driving the Volkswagen drove off but lodged a police report later that day.

DSP Markandan said the case was being investigated as driving while under the influence of intoxicating liquor or drugs.