KUNDASANG: Rescue teams crawled through huge fallen boulders and rocks in darkness in a daring effort to reach 10 unconscious people and 105 others trapped in the icy cold peak of Mt Kinabalu that was jolted by a 5.9 magnitude earthquake.

Two bodies, one of local mountain guide Robi Sapinggi, 30, and a foreign teenage girl, were brought down to Sabah Parks base camp at 9pm yesterday while an injured man was stretchered down soon after.

Rescuers, who were struggling since 7.17am to reach the plateau on the mountain’s south peak where the 105 remained trapped, made a breakthrough 13 hours later.

Officials at the base camp said the rescuers brought down all 105 from the 3,922m south peak plateau to the lower Laban Rata (3,272m). 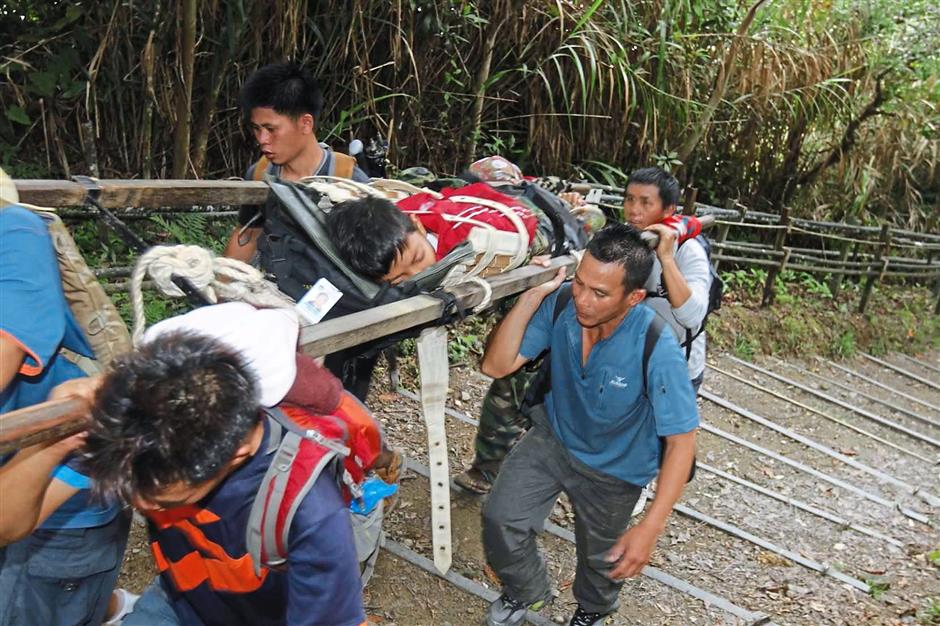 Rescue in progress: Rescuers carrying an injured climber (below) arriving at the Timpohon Gate at Kinabalu Park. — NORMIMIE DIUN / The Star

According to a tweet from state Tourism, Culture and Environment Minister Masidi Manjun, it was decided at about 10.30pm to walk the 105 down to the Kinabalu Base Camp.

With the epicentre on the western side of Mount Kinabalu, the actual toll from the earthquake has yet to be known. Search and rescue (SAR) teams are trying to reach more victims on the Via Feratta route (2,700m).

Initial reports stated that one Singaporean woman was killed.

As at 7pm, SAR officials said of the 189 tourists and guides registered with Sabah Parks, 63 – including the three injured climbers – reached the Kinabalu Park base camp before dark.

The officials said the majority of those on the mountain were Malaysians. 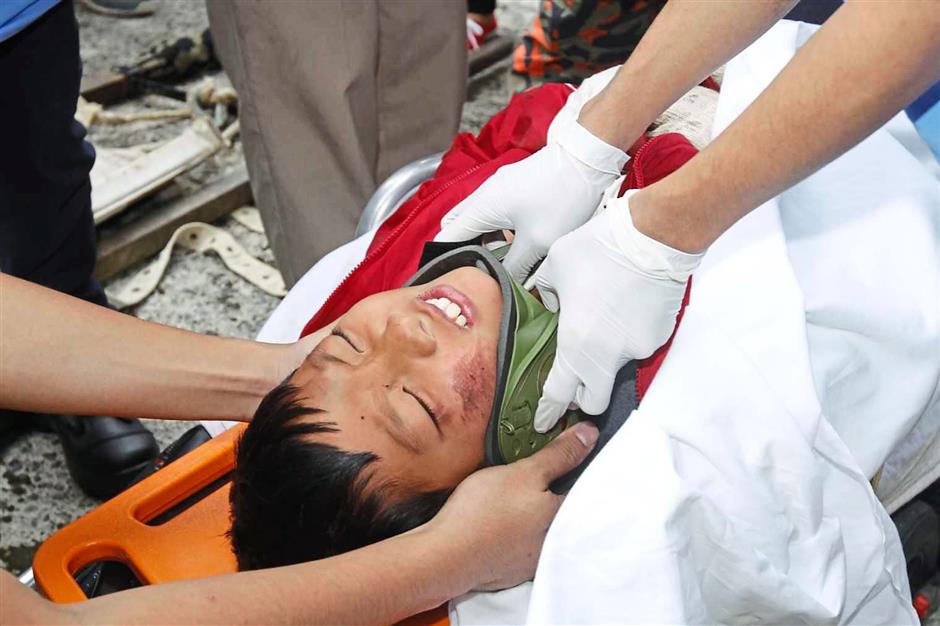 There were 38 Singaporeans, five Americans, five Filipinos, three Britons, four Thais and at least one each from Turkey, China and Japan.

Helicopters were hampered from winching aboard the unconscious and injured by the strong winds and thick clouds around the peak, which reduced visibility to zero.

“Before it turned pitch dark, we were able to air drop blankets to those trapped,” said one rescue official who feared many victims would suffer from hypothermia as the temperatures could drop below zero at night.

Rescuers also expressed fears that if there were any elderly climbers, they might not make it through the night if it rained.

“We are slowly making our way in the darkness,” one rescue official told anxious families and friends at Kinabalu Park.

“Some of us have been keeping in touch via mobile phone but batteries are running low,” said one of the family members. 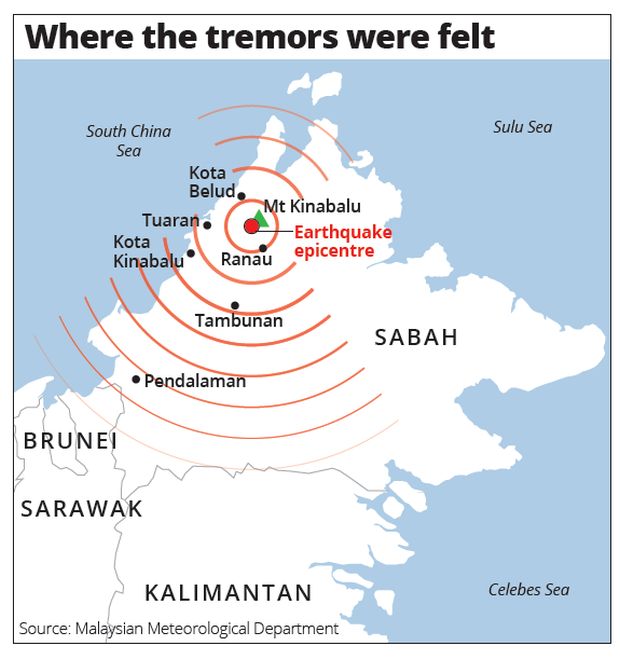