By SHARON LING and STEPHEN

In a major offensive against illegal logging and its associated corrupt practices in Sarawak, officers raided 48 log ponds, sawmills and business premises and seized 700 logs.

Some 400 personnel from the police, the state Forestry Department and the Inland Revenue Board were involved in the joint operation known as Ops Gergaji. No arrests were made.

The raids were carried out simultaneously at 13 locations in Miri, 12 in Kuching, 12 in Sibu, six in Bintulu, three in Bakun and two in Kapit.

“We carried out the raids based on detailed investigations and intelligence obtained by MACC and the agencies involved,” said MACC investigation division director Datuk Mohamad Jamidan Abdullah in a statement yesterday. 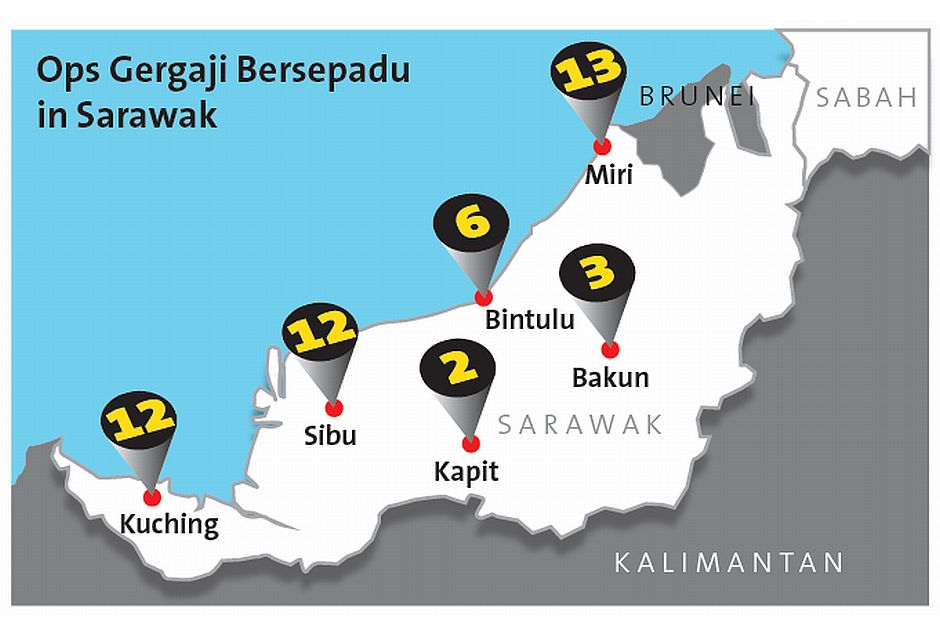 He said further investigations would be carried out under Section 17(a) and 17(b) of the MACC Act and Section 4(1) of the Anti-Money Laundering, Anti-Terrorism Financing and Proceeds of Unlawful Activities Act 2001.

Mohamad Jamidan also said corruption and illegal activities in the timber sector were believed to have cost the state and Federal Governments losses amounting to billions of ringgit.

“The operation shows the commitment of the Federal and state governments to combat corruption in the timber sector and curb the widespread illegal logging in Sarawak.

“It also aims to protect Sarawak's environment,” he said.

The state’s major timber players declined to comment on the raids. A spokesman of one of the six big players said it was “not convenient” for his boss to comment at this juncture.

In March, Chief Minister Tan Sri Adenan Satem invited the private sector to join the newly announced Special Task Force Committee on Illegal Logging and Monitoring Enforcement and Preventative System and announced raids would be carried out continuously in the campaign against illegal logging. 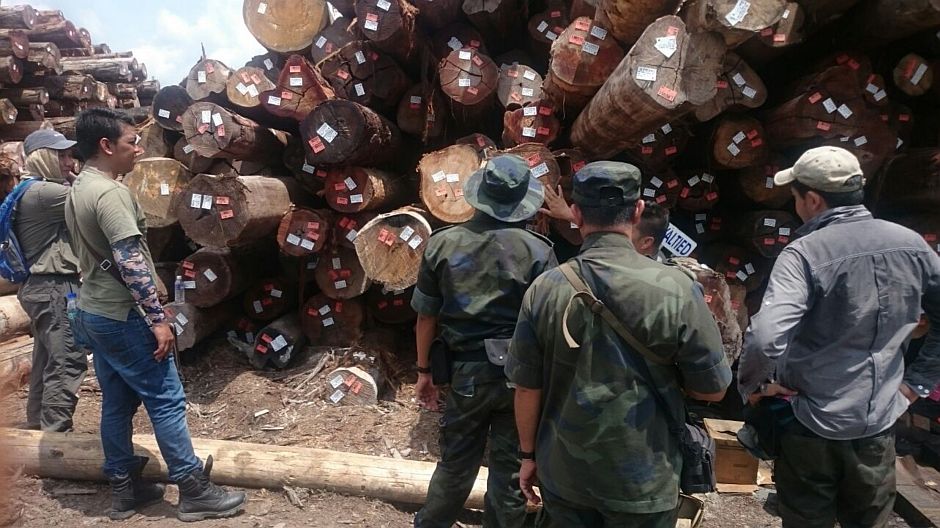 Big crackdown: Enforcement personnel checking logs during a raid at one of the locations in Sibu.

In Miri, it is learnt that senior officers from Putrajaya led teams that looked into the operations of three of Sarawak’s largest logging firms.

Sources told The Star that members of the raiding parties were mostly from other towns or states, and they stayed in budget hotels over the past few days.

They had been observing the timber firms in various industrial estates before raiding the premises and seizing various documents.

Miri is the base of three of the six biggest timber companies in Sarawak.