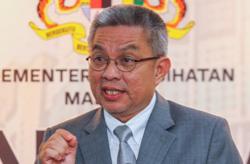 PETALING JAYA: There is a high possibility that Malaysians are involved in border human trafficking related to the mass grave that was uncovered last week in Songkhla, Thailand, says Tenaganita.

"From the testimonies of the migrant and refugee communities, in particularly the Myanmar, Rohingyas and Bangladeshi communities, Malaysians are very much involved in the trafficking of persons at the Thailand- Malaysia border," said Tenaganita director Glorene Das.

Das said in an email statement to The Star Online on Tuesday that many Muslim Rohingyas and Myanmar refugees had informed Tenaganita that after a period of detention at the camps and prisons, they were sent to the border to be sold to traffickers and agents for sex and labour trafficking.

"There are many cases of kidnapping too, where huge amount of ransom are demanded by Malaysian traffickers, agents and kidnappers from the families of the migrants and refugees.

"When ransom money is not paid according to the demands, they are brutally killed and buried," she said.

It was reported that a second suspected human trafficking camp has been discovered in southern Thailand on Tuesday, following a search of a mountainside where 26 bodies were found in shallow graves at the weekend.

The 26 bodies, believed to be illegal migrants from Myanmar and Bangladesh, were found at a suspected human trafficking camp hidden deep in the jungle in Thailand's Songkhla province near the Malaysian border.

Das was responding to a statement by Deputy Home Minister Datuk Seri Wan Junaidi Tuanku Jaafar regarding the unearthing of the mass grave.

Wan Junaidi reportedly said that there was no evidence yet to show that Malaysians were part of the syndicate.

Das said many of the migrants and refugees revealed that they were forced to work without any form of remuneration, as a way to pay for the ransom and debts, to the point of being ill and sick.

They die in a harsh manner with their bodies buried or burned.

Das pointed out that the syndicates also involved the Myanmar, Rohingya and Bangladeshi communities as the modus operandi of such syndicates are structured and sophisticated.

"We urge the Malaysian authorities to continue the investigation, to work together with the affected people in obtaining enough and strong evidence on this syndicate so that they can be prosecuted under the Malaysian Anti-Trafficking in Persons Act and Smuggling of Migrants Act.

"Human trafficking is big business in southern Thailand, thousands cross between the borders into Malaysia and Thailand every day," she said.

She also called on the Home Ministry and other authorities to come together with community leaders and NGOs to strategise on effective ways and methods to combat trafficking in persons, in particularly to stop such syndicates from carrying out their crimes at the Thailand-Malaysia border.

A spokesman for the United Nations High Commissioner for Refugees' (UNHCR) Kuala Lumpur said the discovery of the mass grave was saddening but not surprising.

"This is tangible evidence of what we in Malaysia have heard from many refugees about the brutal and criminal practices of people smuggling and trafficking agents across the region.

"Consistently refugees have told us about abuse and deprivation on the smugglers’ boats in the Bay of Bengal and in jungle camps along the Thai-Malaysia border," the spokesman said.